The Girls Are All Right

Many folksingers take pride in writing songs based on their own life experiences. But singer-songwriter and violinist Alicia Jo Rabins writes her songs based on the lives of other women–specifically, female characters in the Bible.

Rabins’ band, Girls in Trouble, released its first album in 2009. It told the stories of many of the Bible’s most famous women, such as Miriam and Tamar. Half You, Half Me, the band’s new album, dives into some of the Bible’s more obscure characters.

The song “Tell Me” is the story of Serach, the descendent of Jacob who was rumored to be immortal. “Lemons,” about Potiphar’s wife, is both funny and severe: “I held a lemon, I was thinking of you/I took a knife and cut the lemon in two.”

The dramatic tension is highest in “O General,” with its terse guitars and heavy cymbal crashes. It’s the story of Yael, who invited an enemy general into her tent, lulled him to sleep with wine, and then chopped off his head–an act both fierce and subversive, just like Girls in Trouble’s songs. 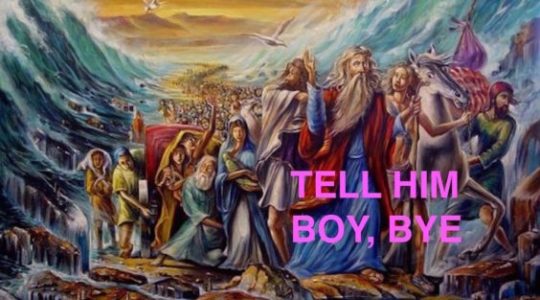