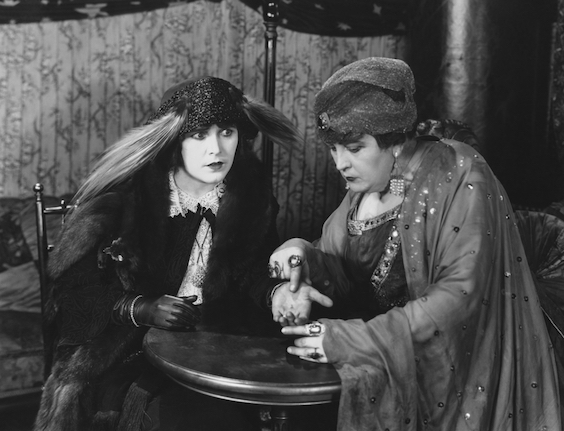 If you peel back the layers of wallpaper in any older New York City apartment, you’re bound to find something intriguing—even if it’s only more ugly wallpaper. A decade ago, though, renovations at 97 Orchard Street on the Lower East Side led to something more mysterious—an advertisement for a “palmist and mind reader,” Professor Dora Meltzer. Charging 15 cents–and up!–(about $4 today), “Professor” Meltzer could not only guess your name and age, but also give you advice.

Who would need the “Professor’s” guidance? Everyone, really. Someone with old-world clout who had been in the U.S. a few years was an obvious go-to for newly-arrive immigrants. But fortune-tellers also served the powerful: Abraham Hochman, who specialized in finding missing husbands, also gave Timothy Sullivan, a Tammany Hall operative, some good advice at the racetrack. (Hochman later sold haggadahs with advertisements for his services.)

The practice of fortune telling is strictly forbidden by Jewish law, but that doesn’t mean that it wasn’t extremely popular among Jews everywhere, even as they left the “old world” behind.