Jews & Muslims Agree: When Resurrection Comes, You Better Have Your Tailbone 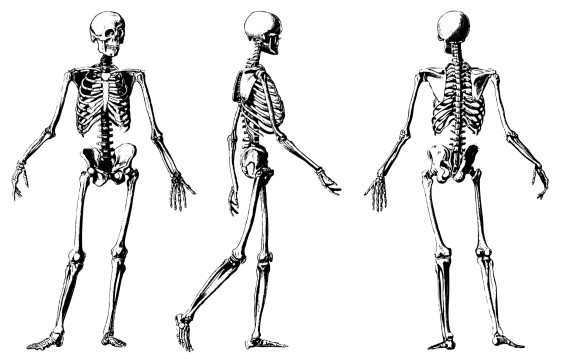 There are a total of 25 different organs and tissues in the human body that can be donated. So if you’re considering body disassembly, there are plenty of choices. Just don’t give away your luz. You might need that later.

The luz bone—Aramaic for nut—refers to the coccyx, the tailbone at the end of the spinal column. It’s also, perhaps more importantly, the bone from which the body will supposedly be recreated at the time of resurrection. Both Jews and Muslims hold this tradition, believing the bone to never decay.

Like us, the Roman Emperor Hadrian was skeptical. In a midrash, Hadrian asked Rabbi Joshua Ben Hananiah to prove the power of luz. Rabbi Joshua put the luz through a series of tests: the bone did not soften, did not burn, could not be pulverized, and even broke a hammer when struck.

And speaking of organ donations: Jews, it happens, have one of the lowest rates of organ donation among ethnic groups, owing, in part, to the belief that we need our bodies whole for resurrection. Indeed, the halakhic notion of kavod hamet speaks to this, saying bodies—vessels for souls—must be treated with dignity after life has left them. Given this, Jewish burial rituals can be careful to bury bodies intact, complete with, say, amputated limbs or spilled blood.

But to the Jews with a mind for resurrection: behold the luz. It’s all you’ll need. Many rabbinic authorities have concluded you can give the rest away.

Jew and WASP, in 20th-Century Manhattan