In the new novel Me and Earl and the Dying Girl by Jesse Andrews, Greg Gaines is a lucky high schooler. He gets to hang out with popular girls at school, and then retreat to the safety of his home, where he and his best friend Earl descend into geekiness and film their own movies.

One day, Greg’s mom ropes him into a favor. Rachel, who goes to Hebrew School with Greg, has been diagnosed with leukemia–and Greg’s mother wants him to hang out with Rachel and cheer her up. Unfortunately for Greg, Rachel is one of those Hebrew-school girls who’s always thought he was a geek.

One way or another, they make it through their first hangout. Rachel is a bit prudish, and Greg’s a bit of a buffoon, but they manage to make each other laugh, at least. At first, Greg complains that their relationship is artificial–all they have in common is a religion that neither is especially passionate about. But Greg convinces Earl to accompany him, and they keep returning to visit Rachel, inducting her into their private world of obscure films and uncouth jokes. Together, they discover a weirdly earnest message about the importance of the Jewish commandment to visit the sick, and a surprising depth behind the seemingly-surface impulse to hang out with someone just because they’re Jewish.

Me and Earl is a young-adult novel the same way The Muppet Show was a TV show for kids–jokes with multiple levels, vivid characters, and a breathless, funny narration. 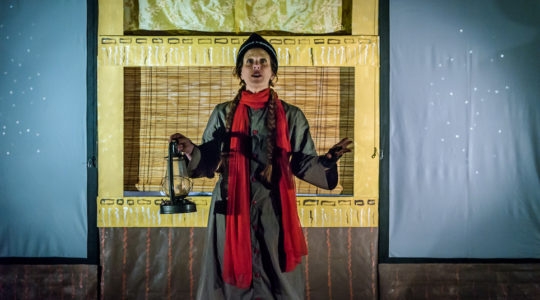