Considering how much Jews love yoga, kabbalah, and Jewish-Eastern hybrids (Soy Vay teriyaki sauce, anyone?), it was only a matter of time until a Jewish yoga emerged. And then re-emerged, in the form of Alef Beit Stretch, the brainchild of Dekelyah Winer, an Israeli Hasidic woman who currently lives in Crown Heights, Brooklyn.

Alef Beit Stretch is based on both traditional yoga forms and on Kabbalistic interpretations of the power of the Hebrew alphabet. It is informed by the work of Steven Rapp, whose Aleph-Bet Yoga (2001) paved the way for infusing contemporary yoga practice with Jewish spirituality. As Winer explains, “The 22 Hebrew letters are the channels of holy light through which G-d created the world.” Alef-Beit Stretch, she writes, “translates these luminous pathways into postures.”

According to Winer, who has a background in gymnastics and dance, the stretches have been practiced for generations, but have only recently been more widely taught. Her book is gorgeously laid out with explanations about each letter’s posture, as well as the stretches’ philosophical underpinnings.

A Bus Accident in Israel, and Afterward 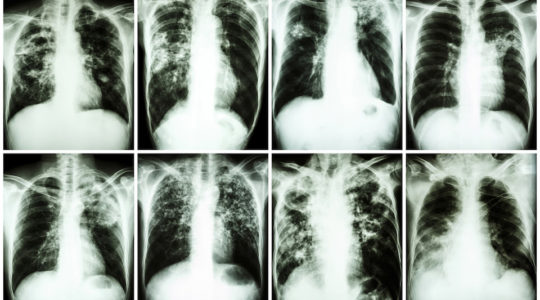