Just as the Colorado town in South Park has its resident schlemiels, the Springfield of The Simpsons has its very own Jewish clown: Krusty, of course.

The third season’s beloved “Like Father, Like Clown” finds Krusty the Clown (formerly Herschel Krustofski, it turns out) despondent over his severed relationship with his father, Rabbi Hyman Krustofski (voiced by an uproarious Jackie Mason). The rabbi disowned his son after Krusty chose clowning over the rabbinate.

Wanting to reunite their idol with his father, the Simpson kids throw everything they can at Rabbi Krustofski, debating him both in a schvitz and at a gathering of rabbis, citing passages from the Book of Joshua, the Babylonian Talmud, and the Torah. “A child should be pushed aside with the left hand,” Bart argues, “and drawn closer with the right.”

“But in Exodus,” the rabbi responds, “the fifth commandment says, ‘Honor thy father and thy mother.’ End of story.”

With references to Saul Bellow, The Jazz Singer, Sammy Davis, Jr., Joey Bishop, and a heartfelt duet of “O Mein Papa” sung by the Krustofskis, the Simpson clans once again proves they can spout Torah with the best of them.


See a clip of a Jackie Mason stand-up routine:

Special Needs in the Bible 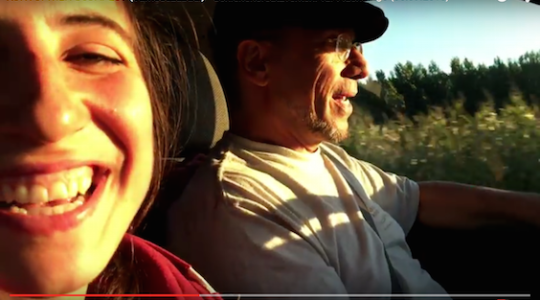