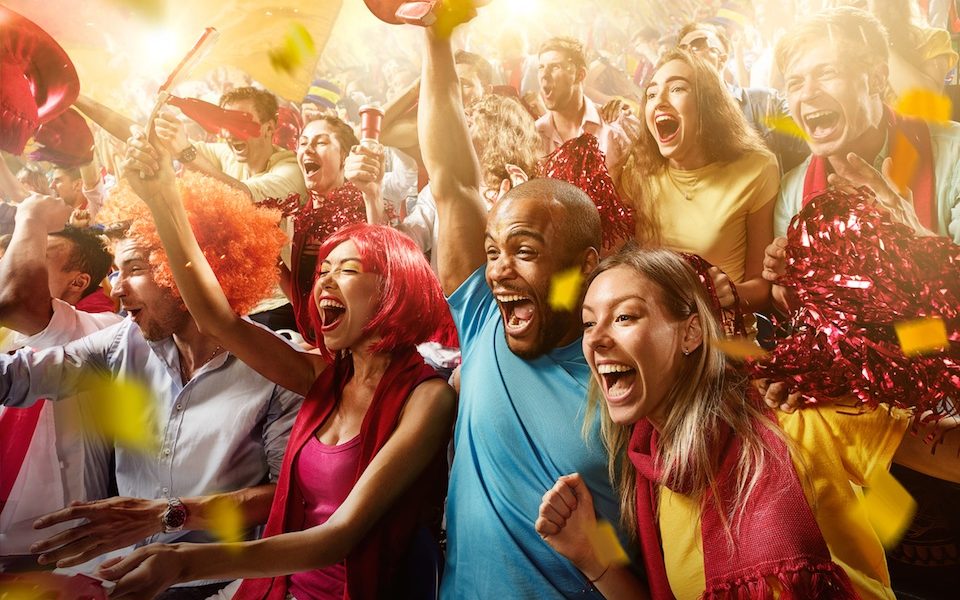 Turns out our good old American cheer derives from an old anti-Semitic rallying cry, “hep hep.” One source claims that “the phrase does have anti-Semitic roots. Rioters in Europe sometimes shouted ‘Hep! Hep!’ while on the prowl for Jews… Hitler’s storm troopers adopted this jeer.”

Supposedly, “Hep Hep” derives from the medieval Latin acronym for Hierosolyma Est Perdita, meaning “Jerusalem is lost,” a term that was used during a notorious 1819 German pogrom known as the Hep-Hep Riots.

Or maybe that medieval stuff is just fanciful nonsense. The Online Etymology Dictionary says the acronym theory sounds like a myth. And Straight Dope points out that German rioters in 1819 were likely not students of Latin.

In truth, no one really knows where “hip hip hooray” comes from. “I have been looking for years,” writes Robert Michael, a professor at the University of Massachusetts, “but have not found any authoritative source.” Just to be safe, better tell the bat mitzvah girl “yasher koach” instead.