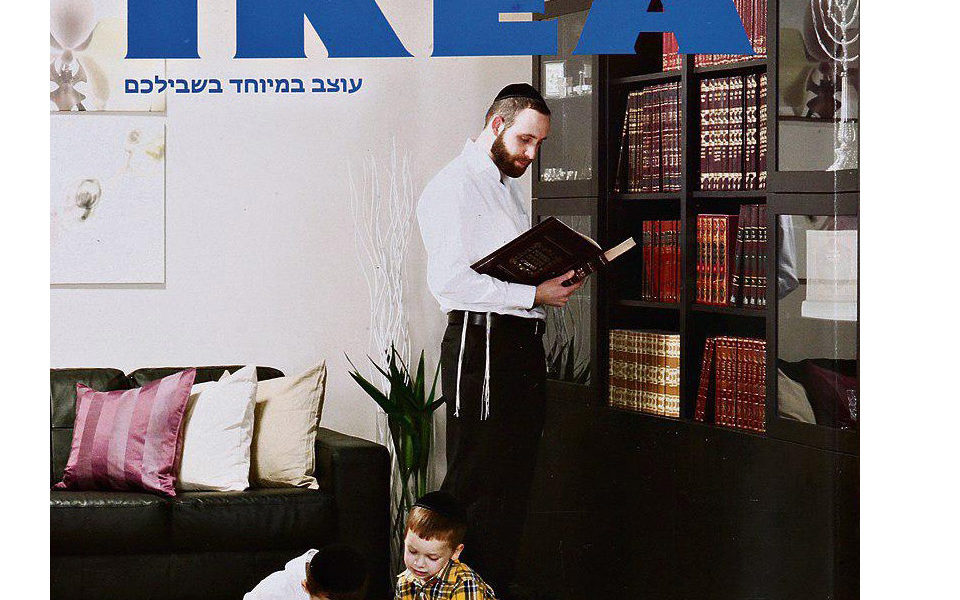 How do the Haredi do hygge, the Nordic coziness concept that infuses IKEA? Judging from the pages of the catalogue recently made expressly for the design giant’s Israeli ultra-Orthodox clientele — without a woman in sight.

The catalogue, which IKEA Israel says was produced “by popular demand,” features the same IKEA classics we’ve all come to love (and loathe), but in a Jewish, entirely male domestic space. The brand’s customizable wardrobes are filled with pressed — by whom, we wonder? — white shirts and black dress pants. Billy bookcases strain under volumes of the Talmud, and boys with payes breakfast at a table without sisters or mothers.

Israel’s Haredi community has come under fire before for its penchant for erasing women from photos, but there’s fresh irony in intentionally staging a Jewish home without women for the benefit of men. (IKEA has since distanced itself from and apologized for the move, explaining that it was made by the Israeli operation, without consulting HQ.) Inadvertently, though, men photographed pouring juice in their SEKTION kitchens almost seem to volunteer to take on more responsibility at home.

Perhaps all the Jewish women are just on vacation. Cue a parallel, women-only edition shot in Ibiza, complete with the APPLARO deck furniture collection?

Writing the Strange Land of the Gay Jewish South 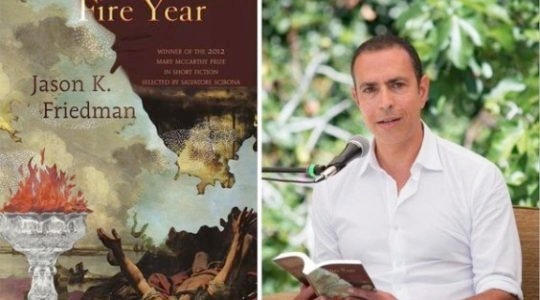