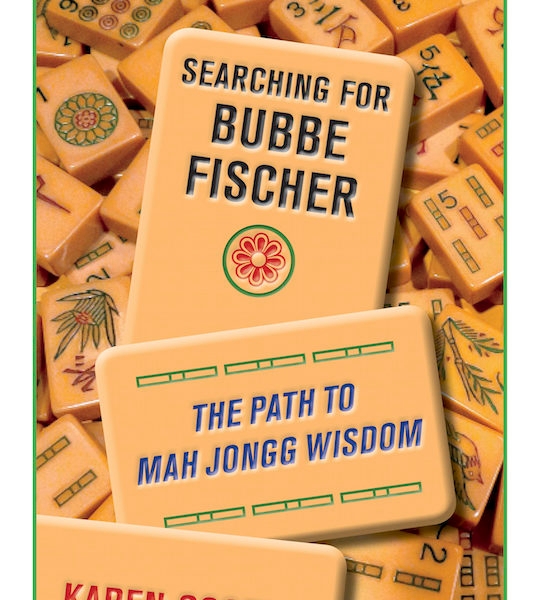 Karen Gooen is a woman of many talents. She’s been a copy editor, a camp transportation director, a budget analyst, and has spent nearly forty years writing nonfiction. But one thing is certain: her true calling is mah jongg.

Searching for Bubbe Fischer: The Path to Mah Jongg Wisdom, Gooen’s new book, is a manifesto of love. Part memoir, part mah jongg manual, Gooen’s new book tells of her quest from novice to expert, imparting wisdom of the spiritual—and strategic—kind along the way.

Gooen’s story is one of pure, delicious ambition. After getting her rump handed to her at her first tournament, Gooen met failure head-on, determined to hold her own. The result of this journey is an immensely readable book, one that segues fluidly between memoir and strategy manual. Even for those utterly unfamiliar with the game, the lessons and info are a pleasure to read.

And if the titular Bubbe Fischer sounds eerily familiar to you, that’s probably because it’s a play on Bobby Fischer, the legendary Jewish chess grandmaster. Though hopefully Bubbe’s endgame is better than Bobby’s.