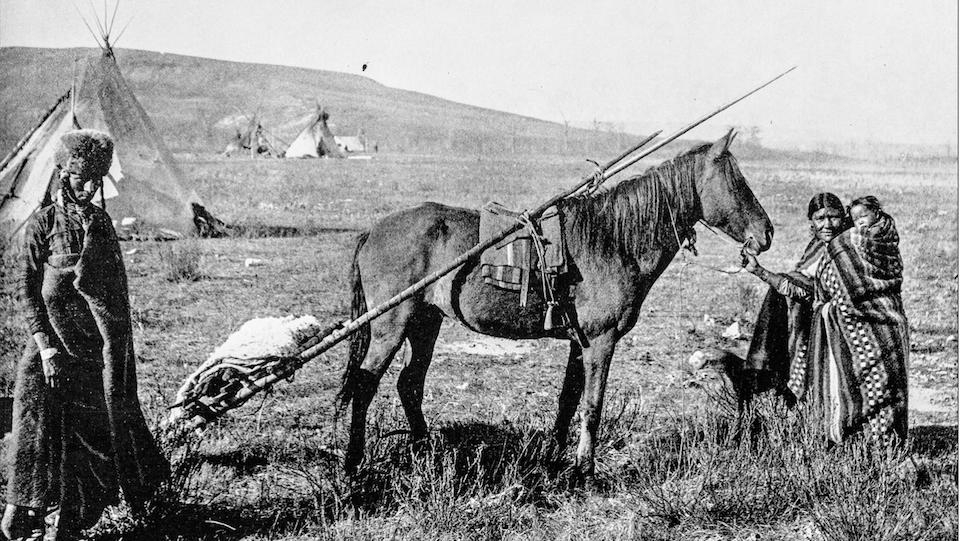 Looking at Jews and Native Americans side by side, you might think there’s no way to mix up the two cultures. Yarmulkes and eagle-feather headdresses look quite different, after all.

But some early colonial Americans thought, upon discovering the earlier inhabitants of the Americas, that they were the Chosen People–perhaps one (or more) of the Ten Lost Tribes.

Early American writings argue that different Native American languages, unfamiliar to European ears, were slight variations on Hebrew. And when some white settlers discovered what they thought was a set of tefillin in an Indian town in Pittsfield, Massachusetts in the early 1800s, they used this incident to further support their claim. By linking America’s earliest inhabitants with the Bible and its theology, these idealistic colonists suggested that America was indeed the new Promised Land.

At the time, Jews in colonial America took the Lost Tribes claim very seriously–they reacted in sermons, plays, public statements, scholarly works, and popular writings, and took up both sides of the debate. Why was it such a big deal to them? And what were the social ramifications? Read more about this fascinating history, and dazzle your Thanksgiving table mates.

» Check out a film about Solomon Bibo, Jewish Indian chief.
» Read about the “Lost Tribes Episode” in depth
» Get to the bottom of this whole “Lost Tribes” thing
» Discover the Jewish diva who played the Indian Princess