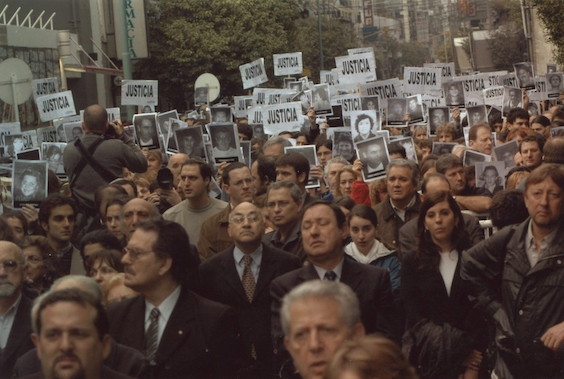 On January 18, 2015, Argentine prosecutor Alberto Nisman was found dead of a gunshot wound to the head, the day before he was scheduled to testify against president Cristina Fernandez de Kirchner. A new documentary, Los Abandonados, provides a tight summary of the events leading up to Nisman’s death and a damning portrait of a secretive Argentine government.

Two Kirchner administrations, Nisman alleged, had hidden a collusion between Iranian and Argentine centers of power, denying Iran’s involvement in the 1994 bombing of the AMIA, the Jewish community center in Buenos Aires. He also suggested that Argentina may have been under pressure to resume a nuclear agreement with Iran, annulled in ‘89. Nestor Kirchner appointed Nisman to investigate in 2004, after the government was accused of “muddying” the search. But what Nisman found, Los Abandonados suggests, was all too clear: 300 hours of phone taps suggested that an Iranian Embassy insider was linked to the attack and that Cristina Kirchner had taken campaign contributions from Iran in exchange for silence.

In the weeks after Nisman’s death, the government official denied a possible homicide and thousands took to the streets to demand justice. Argentines are still not hopeful that there will be justice for Nisman, or that the truth about the AMIA bombing will out: “In a country where a prosecutor can be killed,” a colleague notes at the film’s conclusion, “anything can happen.”

Straight from the Ghetto
Eric Clapton Wrote a Soundtrack to Auschwitz