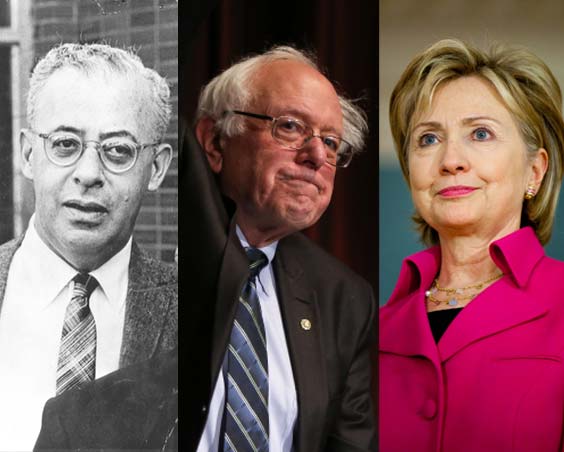 Saul Alinsky was a true-blue political disruptor. Born in Chicago to Russian Jewish emigres in 1909, Alinsky was so fed up with social injustice, inequality, and racism, that he invented modern community organizing.

Initially focusing on uniting lower-class black communities in Chicago, Alinsky’s tactics were beyond unusual. In the 1960s, Alinsky threatened the city of Rochester, NY with a “fart-in,” in which black Americans would attend the Rochester Philharmonic, and disrupt the music with music of their own (supplied by a banquet of baked beans pre-show) to call attention to the oppression of the black community of Rochester, to start a dialogue, and to mess with the sensibilities of the upper-class.

Though Alinsky was radical—his inciting 1971 Rules for Radicals is still used today—his impact was large. In 1970, Time wrote that “American democracy [was] being altered by Alinsky’s ideas.” Those ideas, in fact, were the subject of Hilary Clinton’s senior thesis. Though Clinton’s thesis was more of a rebuke than a love letter, Alinsky is far more strongly felt in the campaign of her adversary, Bernie Sanders.

Like Sanders, Alinsky wasn’t religious. Before his fatal heart attack in 1972, he said he hoped he’d go to hell. When asked why, he responded, “They’re my kind of people.”