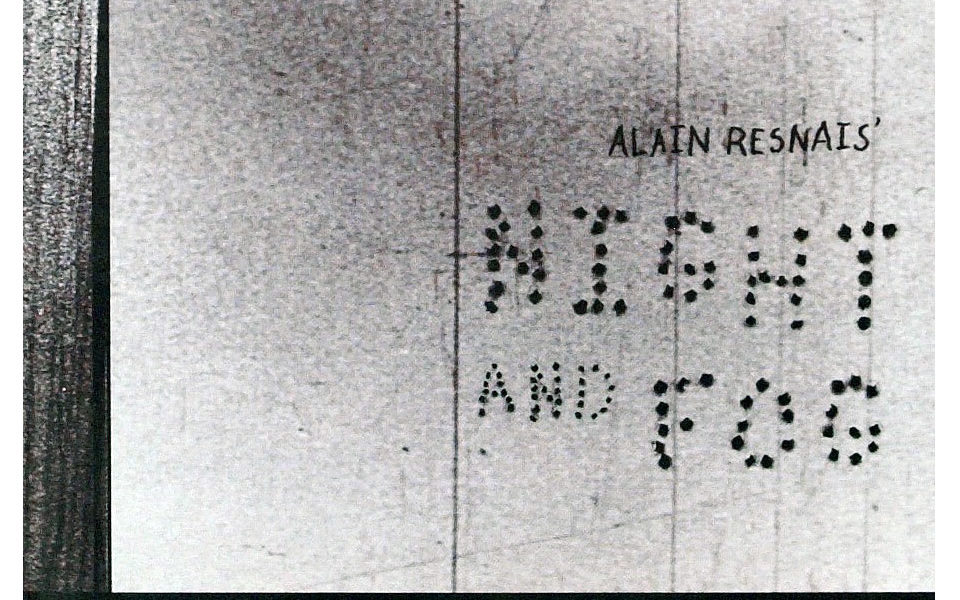 Around the tenth anniversary of the liberation of France, a French government agency decided to produce a documentary about Nazi concentration camps. A promising young man named Alain Resnais, who would later become a famous director, was recruited. At first he refused, stating that only a survivor should make such a film. But he came around, and the film that resulted, Night and Fog, became a French national sensation.

With a script by poet Jean Cayrol, a non-Jewish inmate of Mauhausen who wrote from first-hand experience, the film combined black-and-white footage with eerie stills of the abandoned camp.

Though Night and Fog succeeds in conveying the horror of the Shoah, it fails in its accuracy. The voiceover conflates concentration and extermination camps, and fails to reference the Holocaust as a Jewish tragedy. The word “Jew” is mentioned only once.

But Night and Fog was a critical success at the time—and its impact has been lasting.

In May 1990, four neo-Nazis were arrested following the desecration of a Jewish cemetery in the ancient French village of Carpentras, where the recently-buried body of a Jewish man was unearthed and impaled on a beach umbrella—in tribute, they said, to Hitler. The gruesomeness of this act led to a simultaneous broadcast of Night and Fog on all three of France’s national television channels. Despite the public attention, the case was not solved for seven years.

What Ever Happened to Italy’s Jews?
Crocheting Holocaust Rape Into Disturbing Art
Electric Golem
The Temptations Do “Fiddler on the Roof”