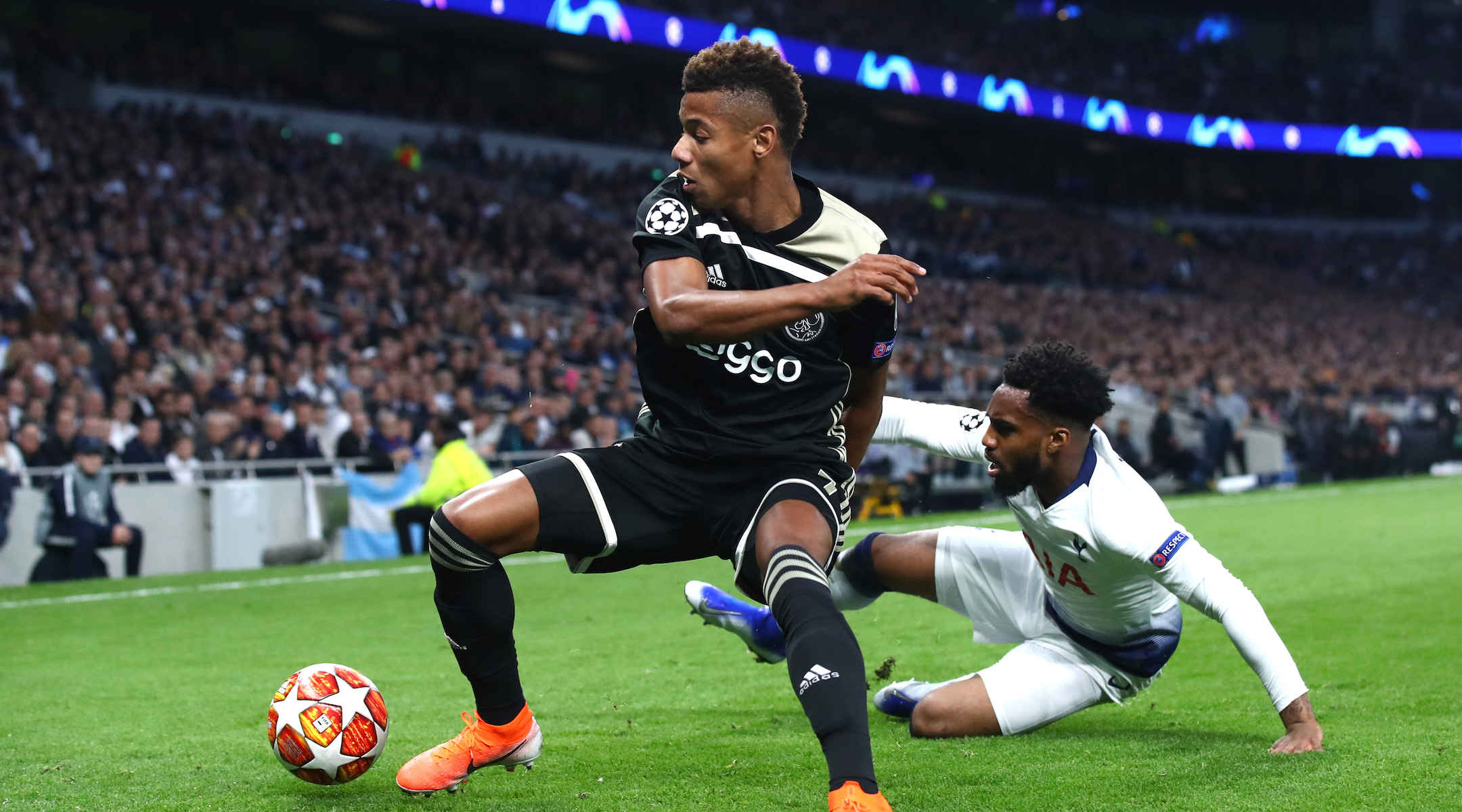 (JTA) — The Dutch club Ajax is playing the English team Tottenham right now in the semifinals of the UEFA Champions League tournament — one of the sport’s most prestigious competitions in Europe and the world.

On the surface, it might look like any old matchup of powerhouse teams hailing from big cities — Ajax from Amsterdam, Tottenham from London — but both have unique Jewish histories.

In fact, supporters of Ajax are known as “Jews,” while the backers of Tottenham (affectionately) call themselves “Yids.” It’s common to see Israeli flags flown in their stadiums and hear chants about “the Jews,” or even “Hava Nagila,” especially at Ajax’s Johan Cruijff Arena.

Both teams historically had very Jewish fan bases. Tottenham is based in North London, where most of the city’s 250,000 Jews reside, and the club’s chairmen dating back to 1982 have all been Jewish. Tottenham has never won the UEFA Champions League tournament.

The teams play their second of two matches on Wednesday. Ajax won the first, 1-0, so Tottenham must win to even the playoff. Goal differential based on goals scored away from home would decide the winner, with extra time and possibly a shootout the deciding factors in case of a tie.

The victor takes on Liverpool, which made an incredible comeback against Barcelona on Tuesday, in the finals on June 1 in Madrid.