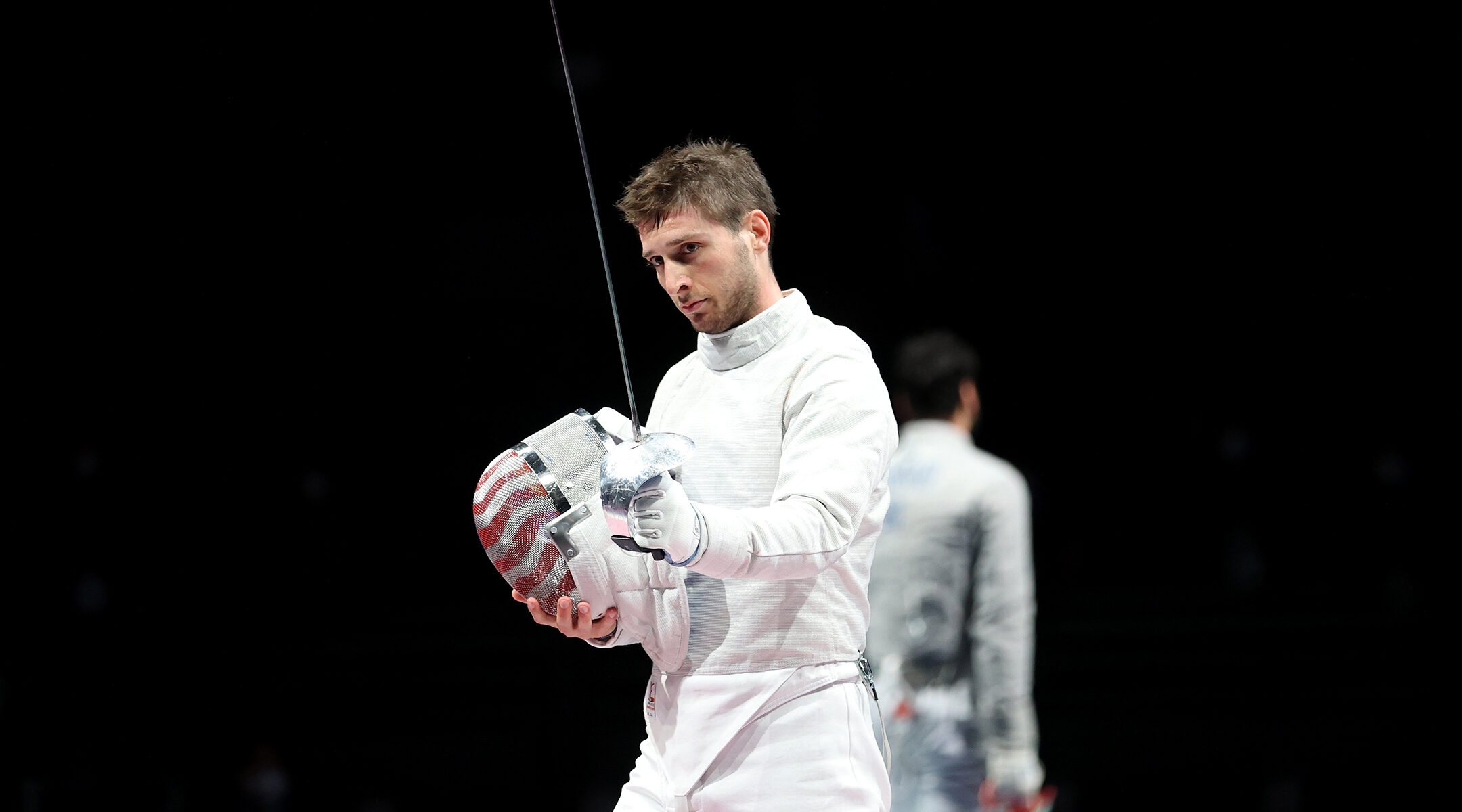 Eli Dershwitz of the United States reacts after his loss to Junghwan Kim of South Korea at the Tokyo Olympics, July 24, 2021. (Abbie Parr/Getty Images)
Advertisement

(JTA) — Eli Dershwitz returned to the Olympics for redemption after losing in the opening round of the 2016 Rio Games.

It didn’t work out that way for the American Jewish fencer.

On Saturday, he lost in the second round of the individual saber competition at the Tokyo Games to South Korea’s Kim Jung-Hwan. Dershwitz, who was considered a medal favorite, aimed to be the first American man to win gold in saber fencing.

He does have a second chance at medaling, however: This year’s Olympics feature a team competition. He will compete on Wednesday with Team USA fencers Daryl Homer and Andrew Mackiewicz, both of whom also lost in the individual event. The trio is ranked eighth in the team competition.

Dershwitz’s teammate Jake Hoyle, also Jewish, failed to advance past the first round on Sunday in epee. Hoyle, too, will have a second chance in the team epee on Friday.

“Many of the teammates and coaches that I’ve worked with over the years have been Jewish. To me, the world of Team USA fencing feels like one filled with support for Jewish athletes,” Hoyle told Alma ahead of the Olympics. “I’m proud to be a Jewish fencer, and to be part of a community that prioritizes sportsmanship and camaraderie.”

Another Jewish fencer, Eli Schenkel of Canada, also failed to advance past the first round in the men’s individual foil competition. Yet he took it in stride, posting to his Instagram story after the event, “Dream of rocking a Jewfro at the Olympics? [Check emoji].”

Schenkel, too, will compete in the team competition on Sunday.