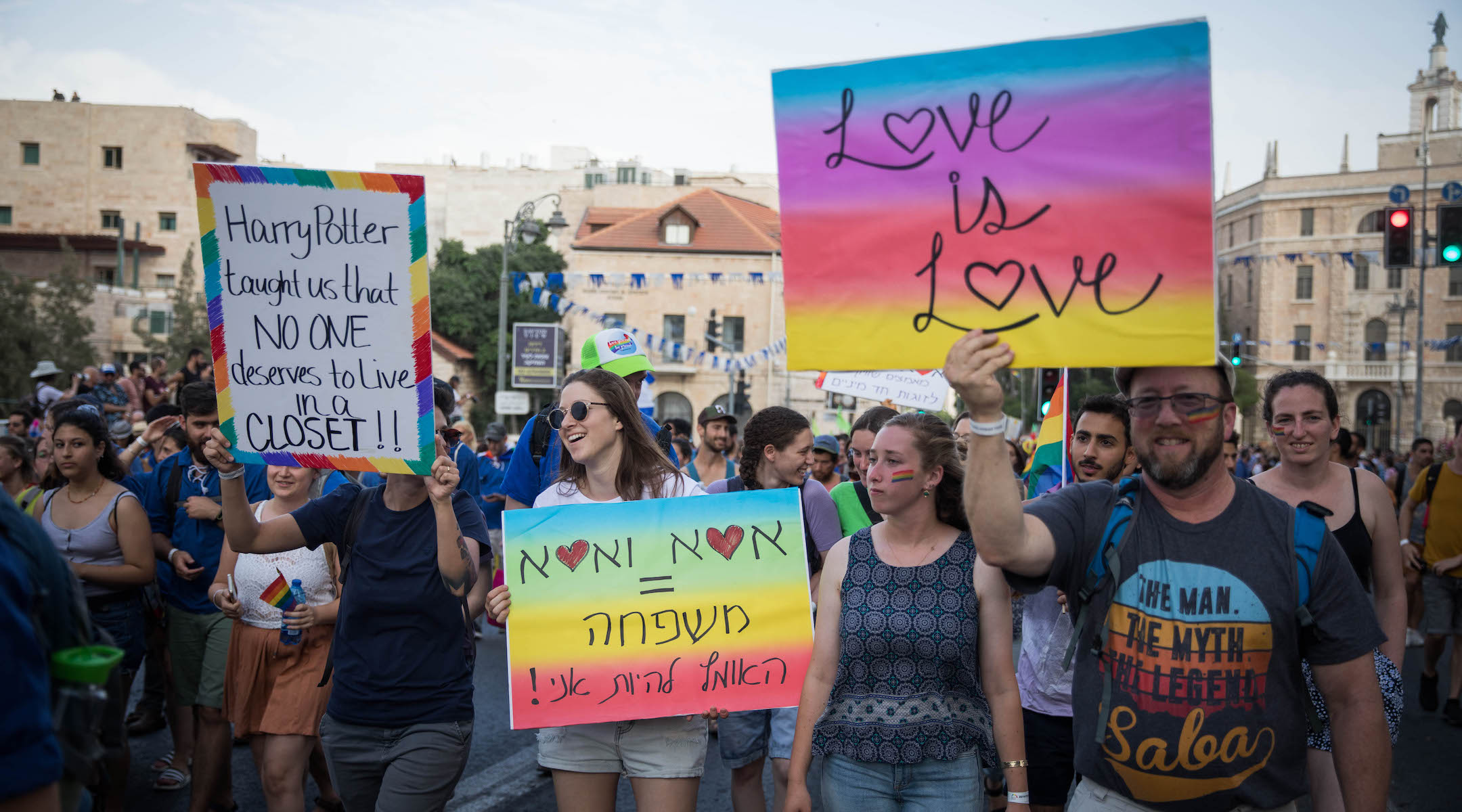 (JTA) — More than 10,000 people marched in Jerusalem’s Pride parade, but 52 were detained or arrested on suspicion of trying to disrupt the event, police spokesman Mickey Rosenfeld told the Jerusalem Post.

The number of attendees was significantly smaller than last year, when a record 30,000 people participated in the march in support of the LGBTQ community in the city.

Among the attendees were Justice Minister Amir Ohana, who became the country’s first openly gay government minister when he was appointed to the position on Wednesday. Some participants booed Ohana, who is a member of Prime Minister Benjamin Netanyahu’s right-wing Likud Party.

Some 2,500 uniformed and plainclothes police officers were deployed to protect attendees. In 2015, a haredi Orthodox man stabbed to death a marcher, Shira Banki, 16, who was attending the parade in support of her LGBTQ friends.