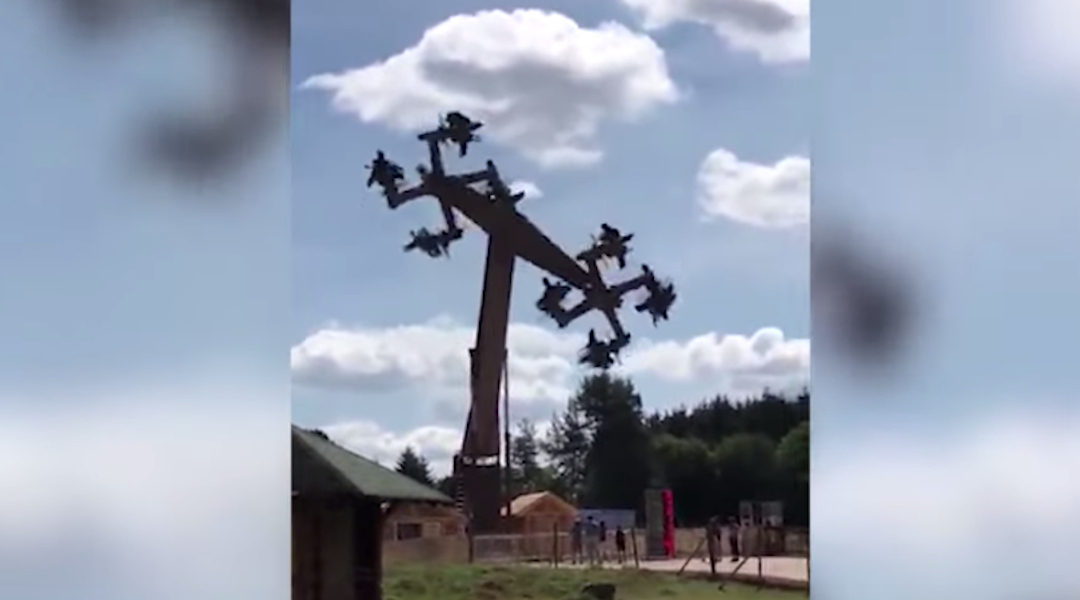 A ride at Tatzmania, a new amusement park in Löffingen, Germany, has raised eyebrows. (Screenshot from YouTube)
Advertisement

BERLIN (JTA) — An amusement park in Germany’s Black Forest is redesigning a thrill ride after an online video showed that it resembled spinning swastikas.

The park, Tatzmania, opened a few weeks ago in Löffingen, in the southwestern part of the country. The ride in question, the Adlerflug, or Eagle Flyer, features four crooked arms with gondolas.

A park spokesperson told the Vienna-based newspaper Der Standard that the staff did not notice the resemblance to the Nazi symbol until critics pointed it out with the video, which was shared on Reddit with commentary in Dutch.

It is illegal in Germany to intentionally display Nazi symbols.

According to Der Standard, the amusement park director, Rüdiger Braun, wants to have the four prongs changed to three.