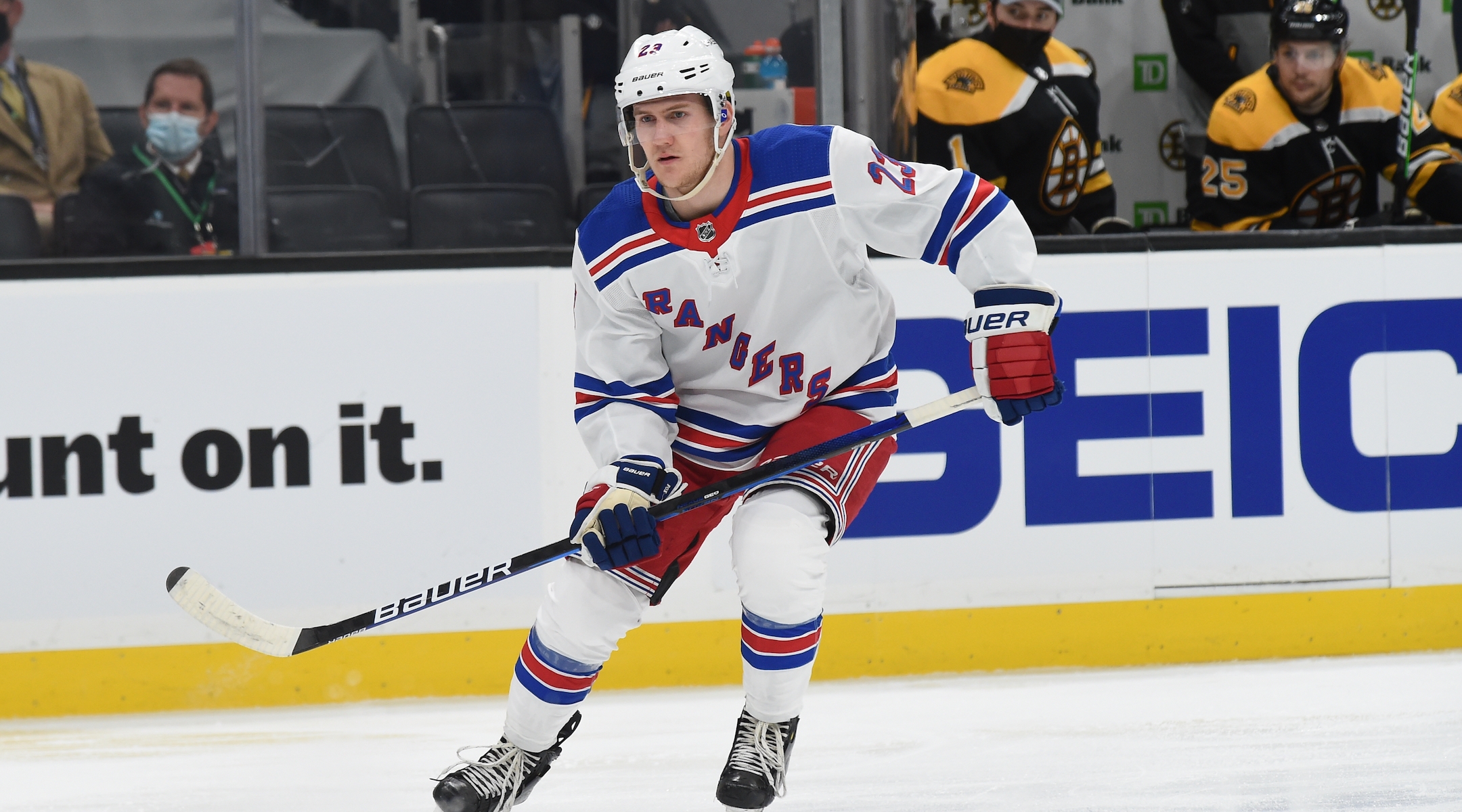 Adam Fox skates in a game against the Boston Bruins at the TD Garden in Boston, May 8, 2021. (Steve Babineau/NHLI via Getty Images)
Advertisement

(JTA) — It’s been seven decades since the New York Rangers had a star Jewish defenseman. This season they had the best defenseman in the National Hockey League, Jewish or otherwise.

Adam Fox, a native of New York’s suburban Long Island and a longtime Rangers fan, was named the winner of the James Norris Memorial Trophy on Tuesday signifying the top defenseman.

The 23-year-old, a former star at Harvard, joins Hall of Famer Bobby Orr of the Boston Bruins to win the award in their second seasons.

“It’s special,” said Fox, whose father is a longtime season ticket holder for the Rangers, according to the New York Post. “I’ve been throwing that word around a lot the last few weeks and it’s now accurate for how I feel. You hear your name with [Orr and Leetch], it’s always going to be a special, special thing.”

He was referencing Brian Leetch, a former Rangers defenseman and also a Norris Trophy winner.

Along with stopping opposing scorers, Fox led NHL defensemen with 42 assists while finishing second in points with 47. He also was recognized as first team all-league.

Asked by the New York Post about being one of the NHL’s few Jewish athletes, he said in a 2019 interview, “It’s definitely nice to represent a community, for sure.”

Fox follows in the footsteps of one Hy Buller, who played three seasons for the Rangers in the early 1950s. He was named to the NHL Second All-Star Team in 1951-52, according to the iconic hockey writer Stan Fischler, also Jewish.

Fox, like Buller, is 5-foot-11 and weighs 181 pounds, compensating for a lack of size with speed. And he’s a fan favorite, also like Buller.

“Buller’s connection to the large Jewish population in New York was used by Rangers management to attract a new audience to the home games,” Fischler recalls one remembrance. “Banners emblazoned with the Star of David hung from The Garden and his faith was frequently reinforced by sports writers.”

The Rangers also featured Alex Levinsky, a Jewish defenseman in the 1930s.

In 2019, the New Jersey Devils drafted Jack Hughes — the first Jewish player to be picked No. 1.