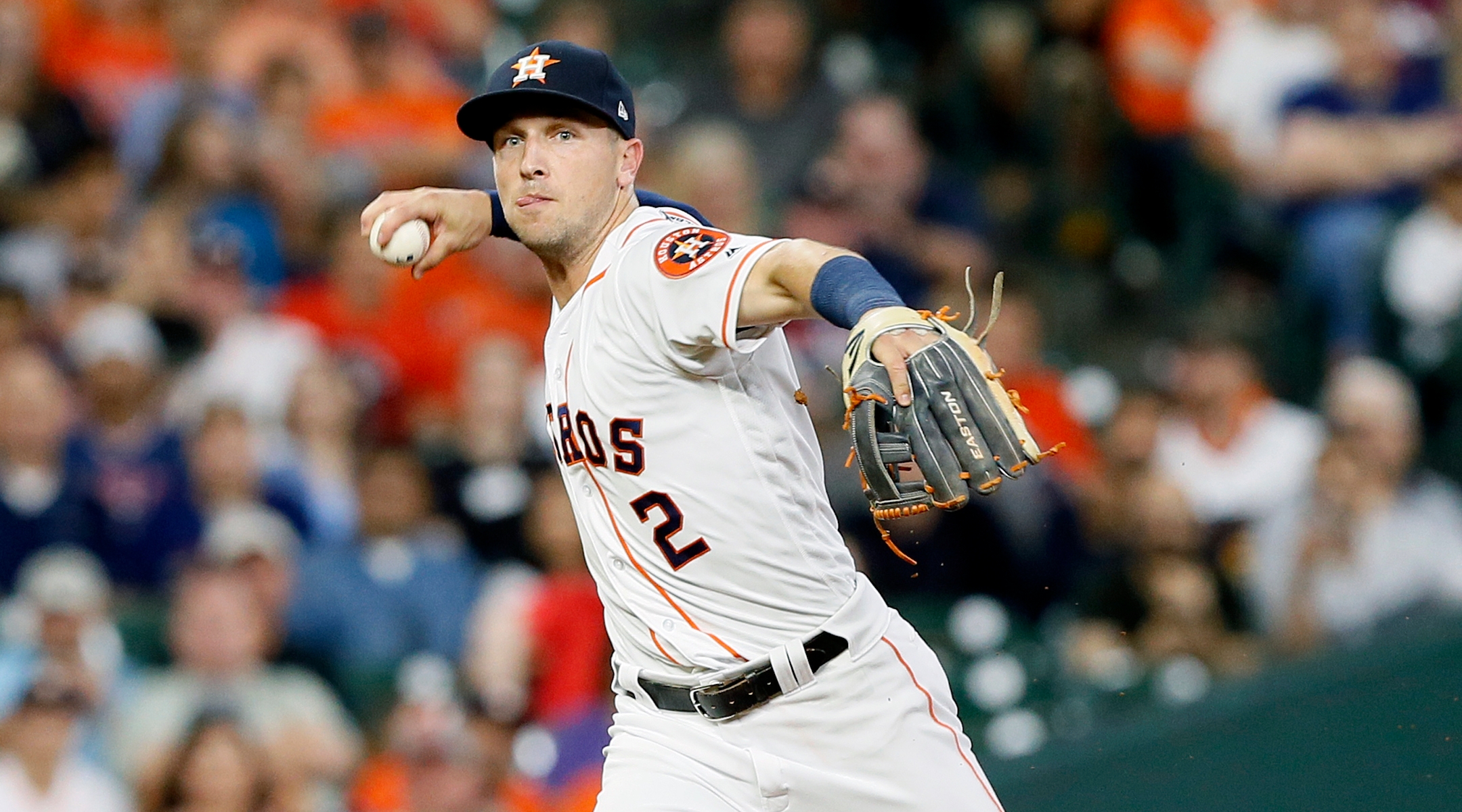 (JTA) — Alex Bregman will have the chance to make it two in a row as Major League Baseball’s All-Star Game MVP.

The Houston Astros’ Jewish slugger was elected the starting third baseman for the July 9 game in Cleveland, easily outdistancing Hunter Dozier of the Kansas City Royals and Gio Urshela of the New York Yankees with 49 percent of the fans’ ballots.

Bregman as of the weekend had a batting average of .266 with 22 home runs and 52 runs batted in to help power the Astros to first place in the American League Western Division.

In last year’s All-Star affair, Bregman snapped a 10th-inning tie with a two-run homer to give the A.L. an 8-6 victory over the National League in Washington, D.C. Playing in his first All-Star game, he was the first Jewish player to win the Most Valuable Player award since it was instituted in 1962.

In March, the 25-year-old, playing in his fourth season after being a No. 1 draft pick out of Louisiana State, agreed to a six-year, $100 million contract with the Astros — one of the largest deals ever for a professional Jewish athlete. He’s already won a world title with the Astros and also was a member of the U.S. team that took the World Baseball Classic title in 2017.

One Jewish player who was in contention for an All-Star slot but came up short was rookie pitcher Max Fried of the Atlanta Braves. Fried, a 25-year-old lefty starter for the first-place Braves, failed to crack the 11-man staff assembled by a vote of players and the Commissioner’s Office despite a record of 9-3, one win behind the N.L. leader. His earned run average of 4.04 is good but perhaps not enough for the midsummer recognition.

His hero, according to forbes.com: Sandy Koufax, of course.