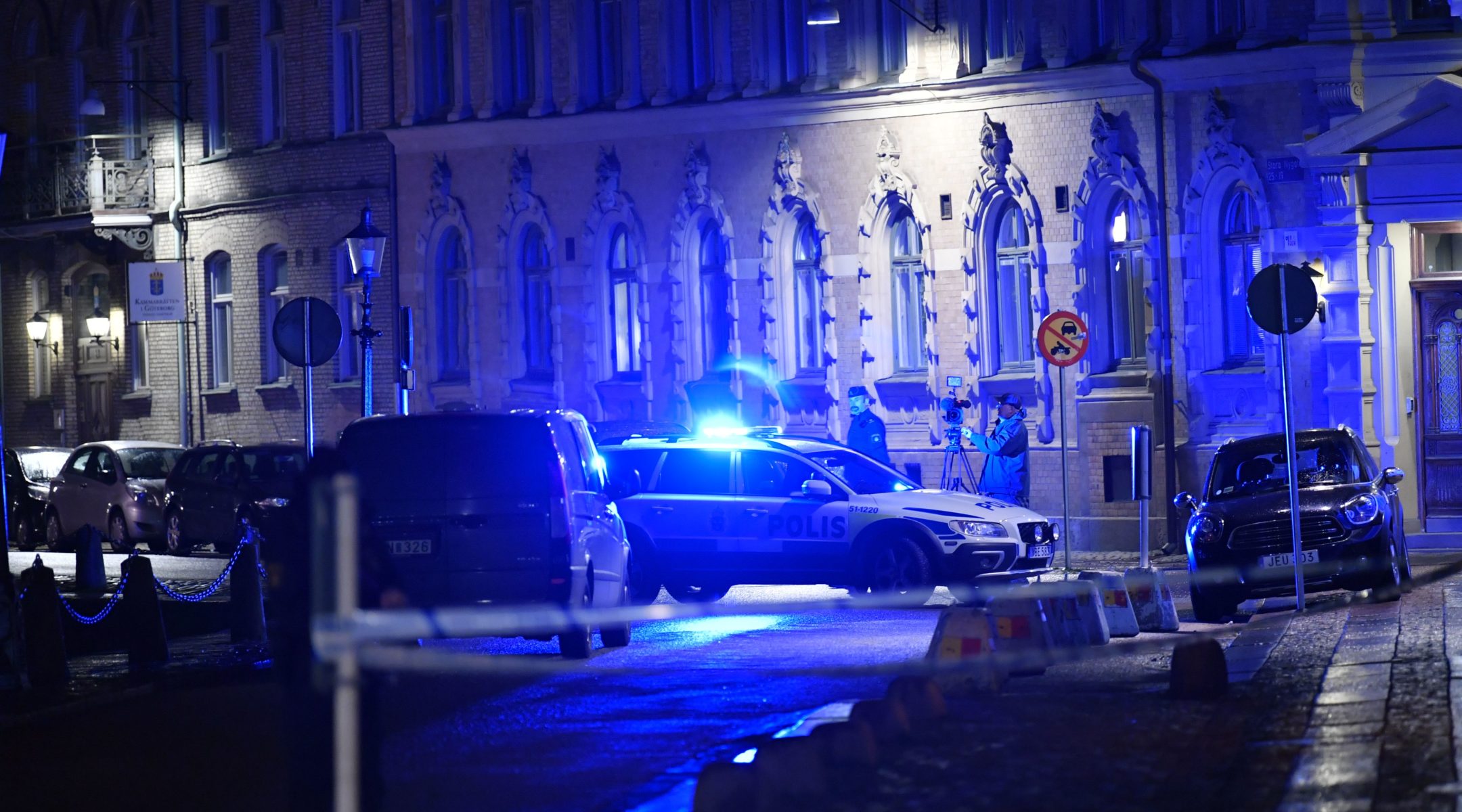 The 2018 report, which the Swedish National Council for Crime Prevention published Thursday, listed 280 anti-Semitic hate crimes that year compared to 182 in 2016. The latest numbers are the highest on record since at least 2006, when the Council began collecting aggregated data.

Overall, the number of hate crimes with a racist or xenophobic motive rose by 69 percent over 2016 in Sweden to 4,865 cases last year, the report stated.

The council decided not to publish hate crime figures for 2017 without explaining the decision. In one attack from 2017, the Jewish assembly synagogue in Gothenburg was firebombed by approximately 10 men protesting Israel’s policies.

Anti-Semitic motives represented the largest increase from 2016 in hate crimes and was the largest hike in anti-Semitic crimes on record, the report said.

Anti-Semitic attacks accounted for 4 percent of all hate crimes in 2018. The Jewish population of 20,000 comprises approximately 0.2 percent of Sweden’s population.

Anti-Muslim hate crimes accounted for 8 percent of the hate crimes recorded in 2018, a proportion slightly lower than that minority’s estimated share of the population in Sweden.