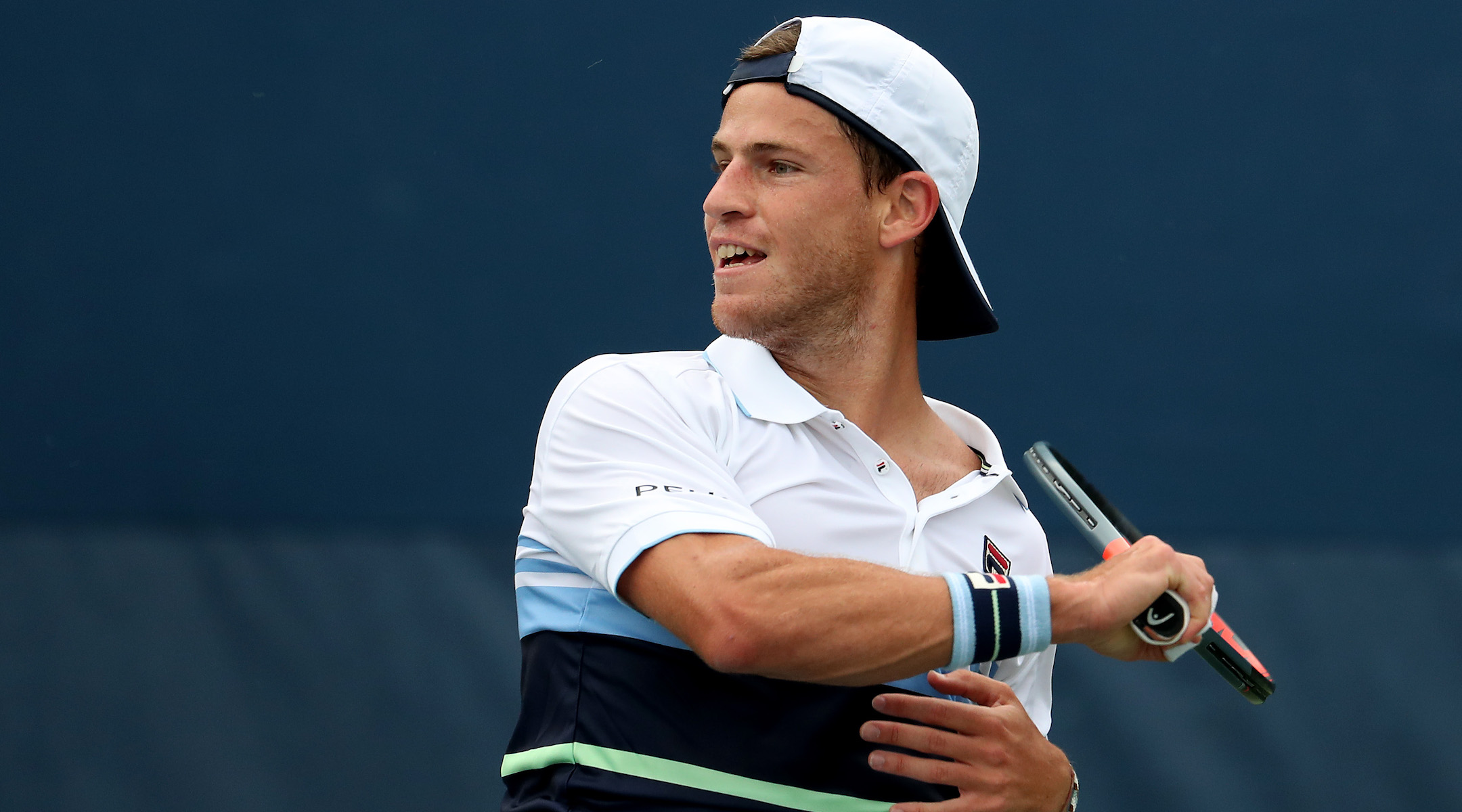 (JTA) — Diego Schwartzman, the highest-ranked Jewish tennis player, has reached the third round of the U.S. Open.

Schwartzman, who is ranked 20th in the world, will face American Tennys Sandgren, ranked 72nd, in the third round on Saturday.

Schwartzman was raised in a Jewish family in Buenos Aires.

Last year, Schwartzman lost in the third round of the U.S. Open to Kei Nishikori, who reached the semifinals. This year, Schwartzman fell in the same round at Wimbledon, in five sets, and in the Australian Open, as well as in the second round at the French Open to fellow Argentine Leonardo Mayer.

Schwartzman is set to play his first doubles match on Friday with Guido Pella, also from Argentina.