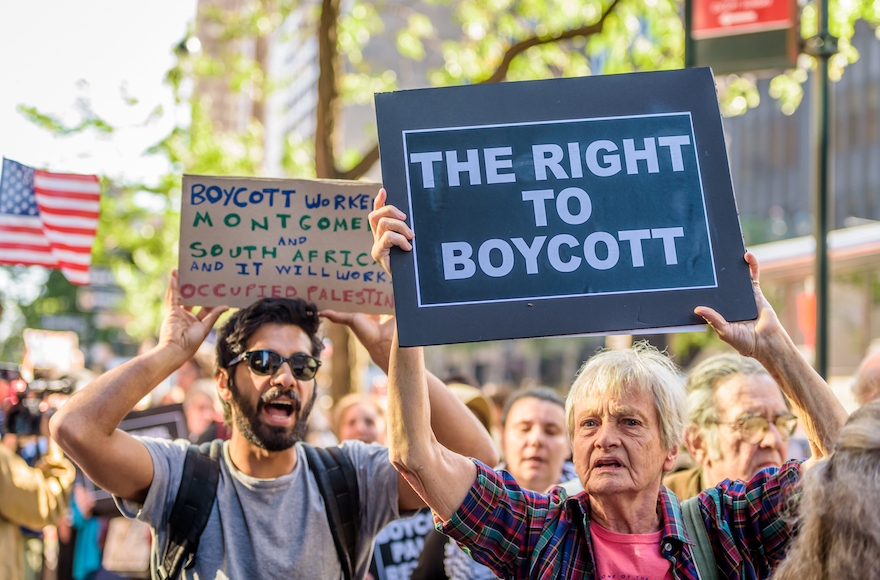 (JTA) — Arizona has eased its rules to a state ban on doing business with companies that boycott Israel in an attempt to avoid potential lawsuits.

The amendment would exempt individuals and businesses valued at less than $100,000 or employing fewer than 10 full-time employees from the ban.

In September, a federal district court ruled that the law violates the First Amendment right to boycott.

A similar amendment is set to be applied to a Texas law banning business with Israel boycotters.

The Arizona law, enacted in March 2016, requires that any company that contracts with state or local government in Arizona submit a written certification that it is not currently boycotting Israel and will not do so.

Kansas last year made similar amendments to its law following a lawsuit brought by a contractor to the state’s Education Department. The Kansas law no longer applies to individuals or sole proprietors.

At least 26 states in recent years have passed laws punishing businesses that choose to boycott Israel.