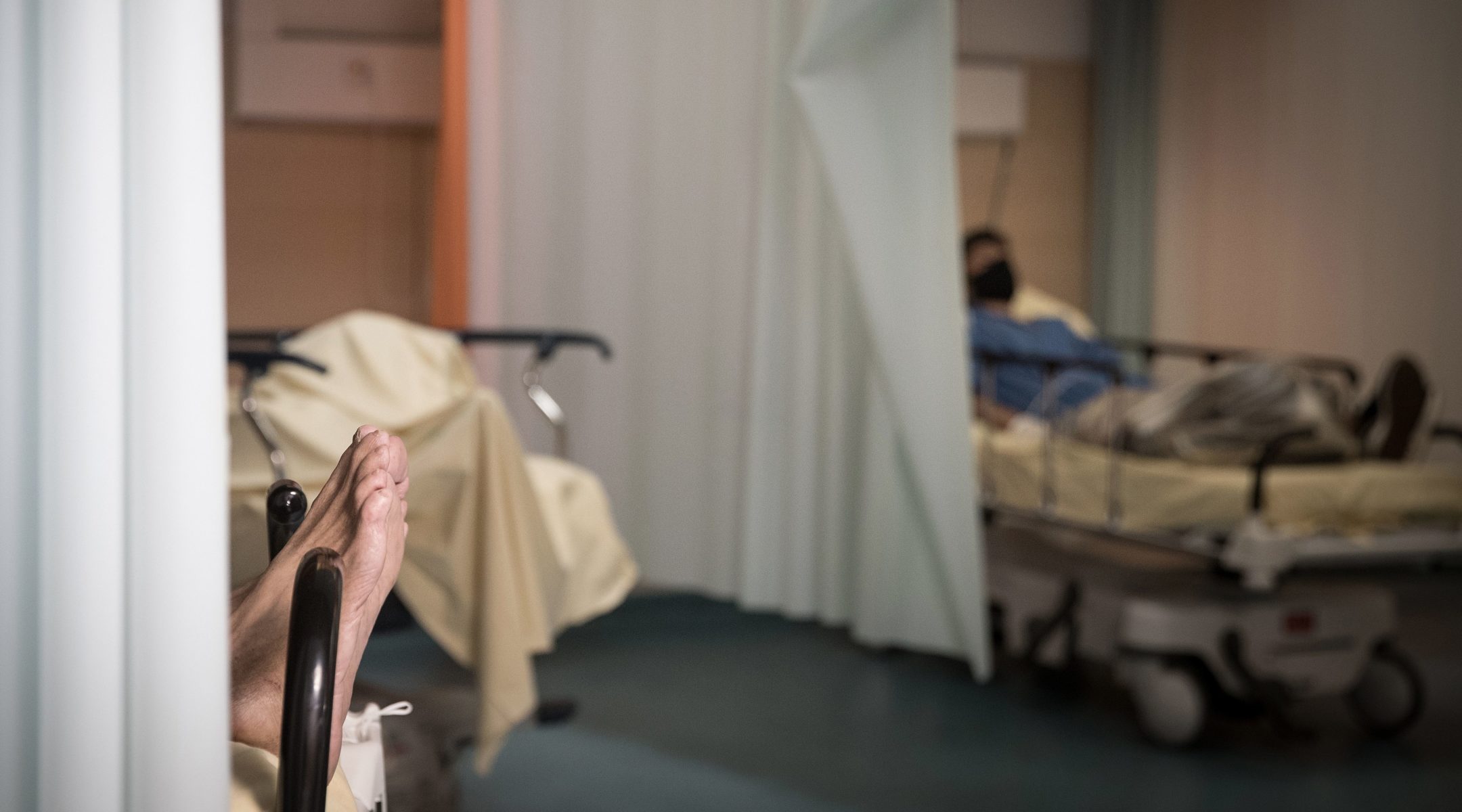 A look inside the Lariboisiere Hospital in Paris, April 27, 2020. (Joel Saget/AFP via Getty Images)
Advertisement

The French chevra kadisha, the Jewish term for those who provide Jewish burial services, reported the figure this week after declining to disclose any numbers since the outbreak of the pandemic in France in March, the Makor Rishon daily reported Friday.

Hundreds have been flown to be buried in Israel, according to the report, and some estimates speak of 2,000 Jewish fatalities.

Among the French Jews who contracted the virus and recovered was Joel Mergui, the president of the Consistoire group that provides religious services for Orthodox Jews.

The numbers show that the French Jewish community has been the worst hit in Europe by far. The United Kingdom has recorded 372  Jewish deaths. France has about 500,000 Jews, double the number of the U.K. community.

In France and the United Kingdom, the numbers of COVID-19 fatalities rely on the number of Jewish burials held. It does not include those who were Jewish but did not have a Jewish burial.

According to the 1,300 tally, Jews make up about 5% of the 25,897 COVID-19 fatalities recorded in France. That statistic means that French Jews’ share of the death toll is six times larger than their share of the population.