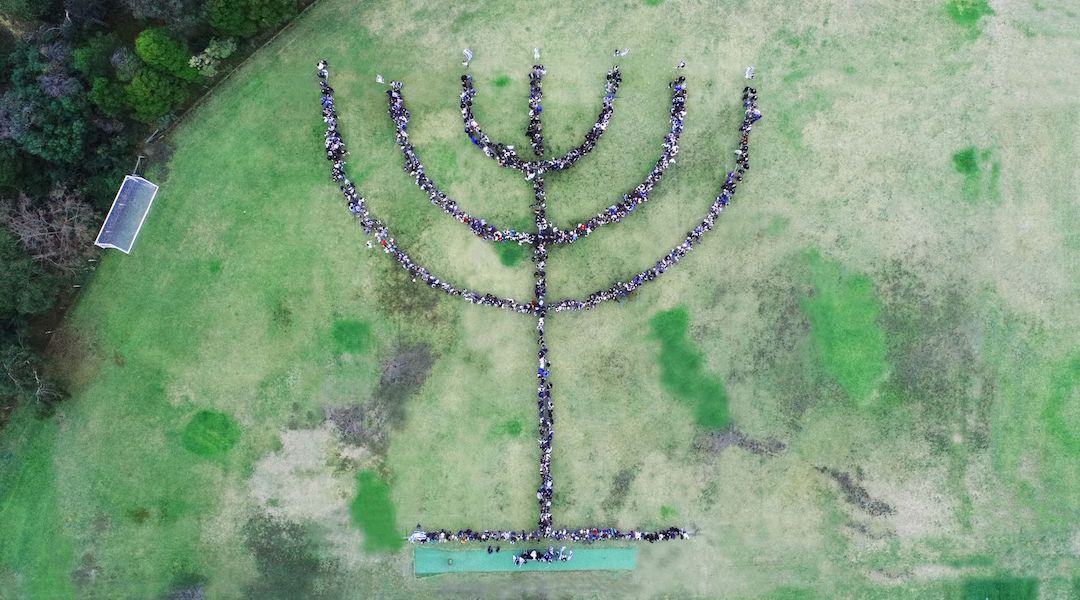 Over 1,000 students and staff from Bialik College in Melbourne, Australia formed the largest human menorah ever on May 9, 2019, Israel's Independence Day. (Courtesy of Bialik College)
Advertisement

A total of 1,048 students and staff from Bialik College in Melbourne gathered to form the shape of the emblem of the State of Israel on Thursday.

To meet the conditions set by Guinness World Records, two official counters with clickers recorded the number of people involved.

The previous record was set in 2017 by over 500 students from Ben Porat Yosef, a day school in Paramus, New Jersey.