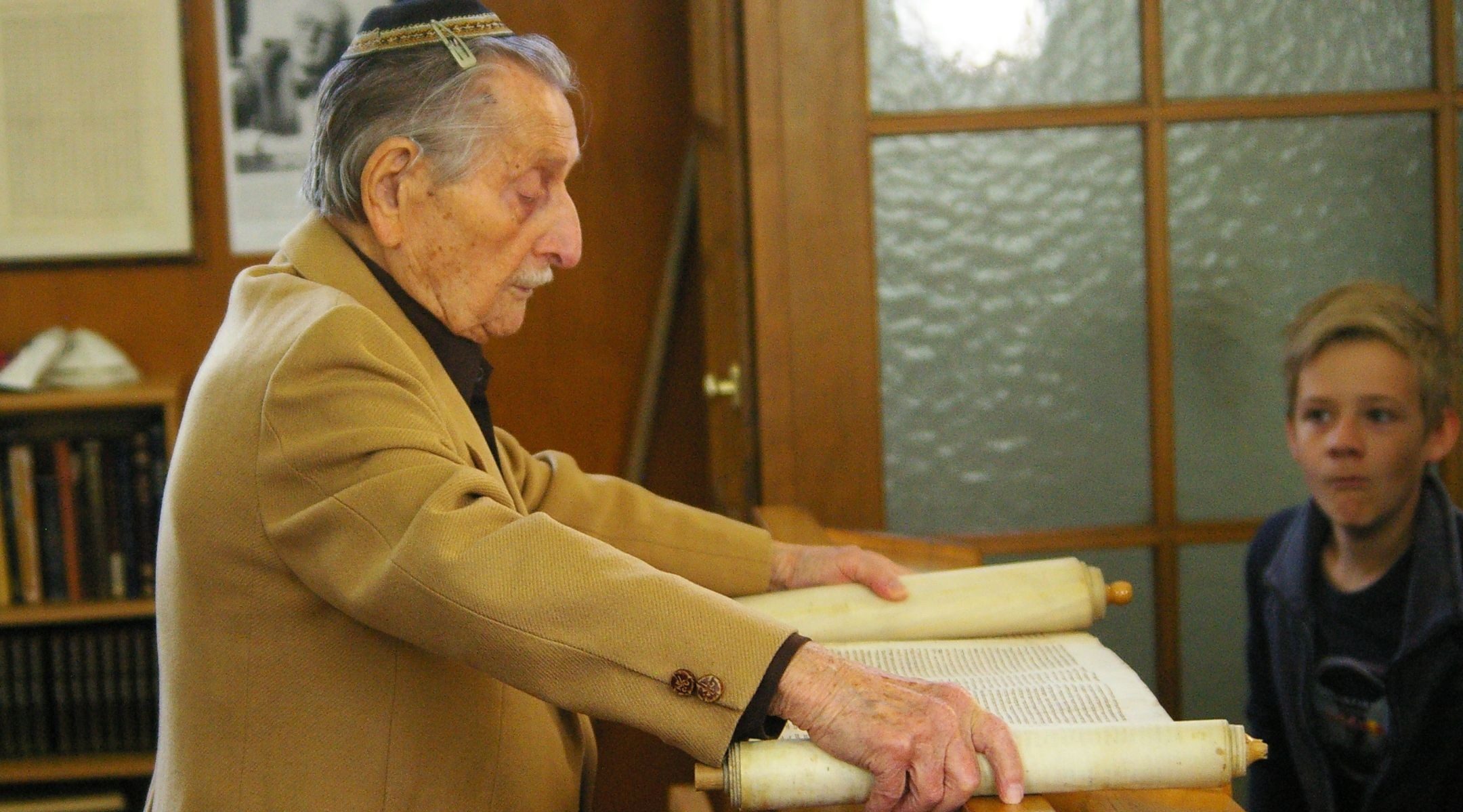 Marko Feingold in a synaoggue in Saltzburg with middle school students in April 2015. (Wikimedia Commons)
Advertisement

(JTA) — Austria’s oldest Holocaust survivor, who survived Auschwitz and three Nazi camps in Germany, has died Saltzburg at the age of 106.

Vienna’s Jewish Community organization, or IKG, announced the death of Marco Feingold on Friday. He died the previous day of a lung infection, the French News Agency AFP reported.

He continued to speak, especially to school children, about his experiences in the Holocaust until the end, the AFP reported.

“I must have spoken to around half a million people all in all,” he told AFP in a 2018 interview. He said he swore to himself in Auschwitz that he would tell his story.

He also survived the German camps of Neuengamme, Dachau, and Buchenwald. He was liberated from Buchenwald by American forces in May 1945. He learned that his father and siblings all died during the Holocaust.

He decided to travel to Salzburg after the war and remain there, though he founded a network which helped 100,000 Jews emigrate to Britain-administered Palestine.  He opened a successful clothing store in Saltzburg.