Benjamin Netanyahu, on trial for corruption, pleads not guilty and walks out of courtroom 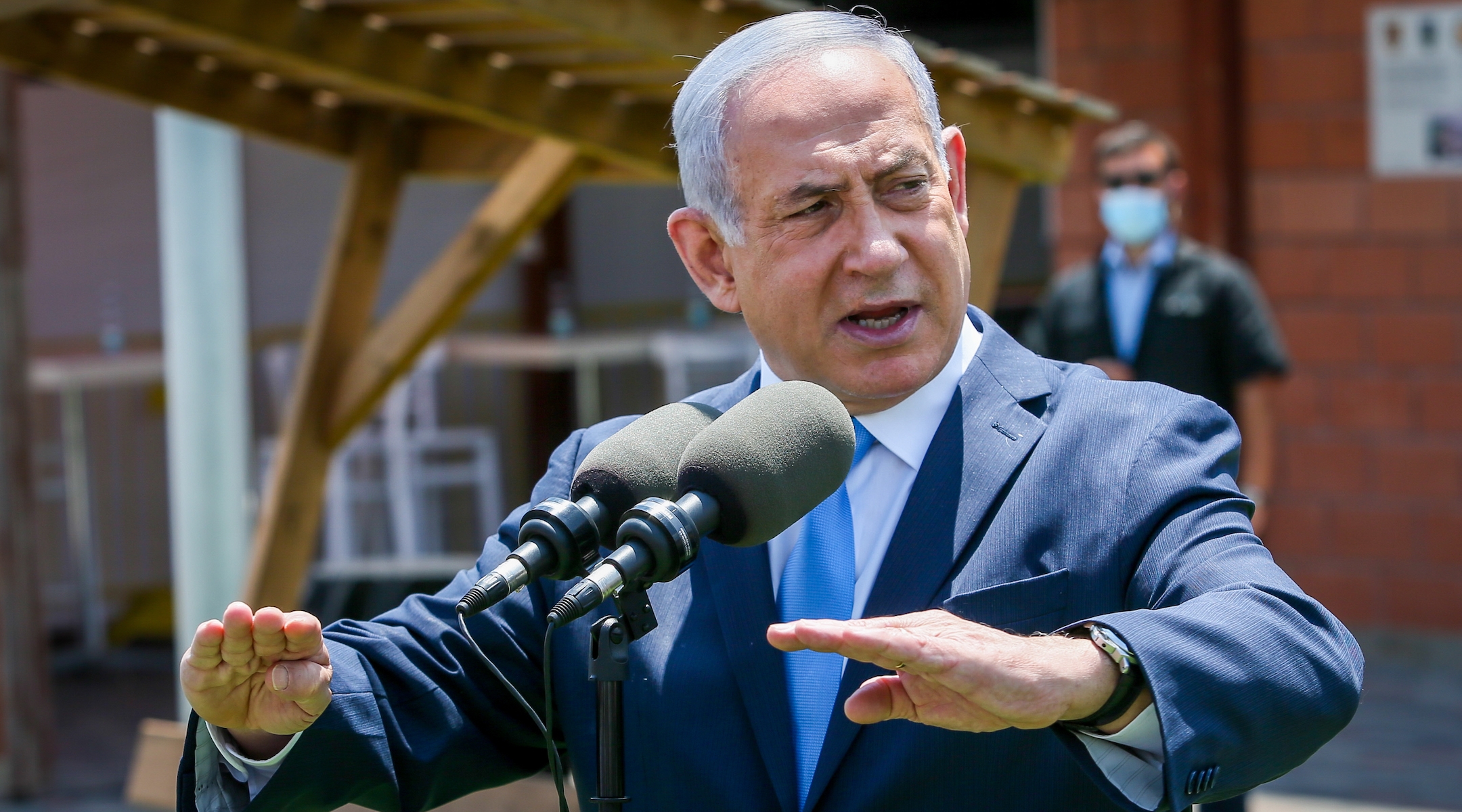 Successive delays due to COVID-19 restrictions have drawn out the trial of Prime Minister Benjamin Netanyahu, seen in August 2020. (Yossi Aloni/Flash90)
Advertisement

(JTA) — Israeli Prime Minister Benjamin Netanyahu pleaded not guilty in his ongoing trial for corruption charges, then left the courtroom while the hearing was still underway.

Later on Monday he dismissed the charges, as he has in the past, as “fabricated.”

Netanyahu is on trial for fraud, bribery and breach of trust — the first time a sitting prime minister has stood trial in Israeli history. The investigations of allegedly illicit payments and favors stretch back years.

Netanyahu was officially indicted about a year ago, and his trial began in May in Jerusalem District Court. Successive delays due to COVID-19 restrictions have drawn out the process. This was the second time he has appeared in person.

Ahead of Monday’s hearing, Netanyahu urged his supporters not to protest outside the courtroom. Hundreds of protesters who oppose the prime minister did show up outside the courthouse. The hearing came about six weeks ahead of Israel’s election, the fourth national vote in the span of two years.

Netanyahu affirmed that he was pleading not guilty, saying “I confirm the written answer submitted in my name.” Twenty minutes later he asked the three judges hearing the case for permission to leave the courtroom and walked out with his security detail. (By Israeli law, any trial of a sitting prime minister is presided over by a three-judge panel.) The hearing continued without him as lawyers discussed the next steps with the judges. The hearing was adjourned with no date set to begin the evidentiary stage.

“Everyone knows that the cases against me are fabricated,” Netanyahu said. “I don’t think they’ll rush to the evidentiary stage before the elections. In any case, even if this isn’t their intention, that would be seen as blatant meddling in the election.”