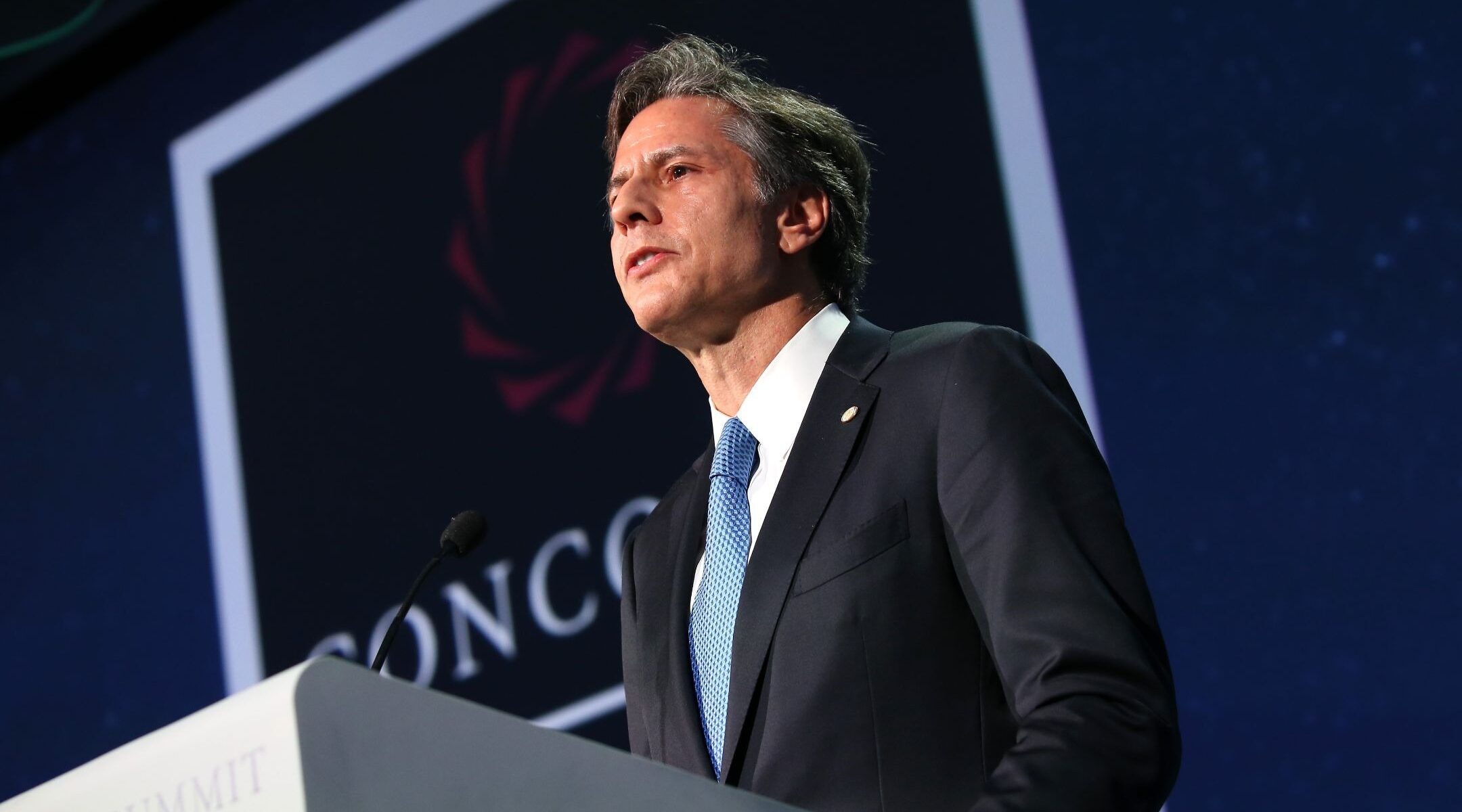 We “have concerns about what commitments may or may not have been made to the UAE with regard to the F-35,” Anthony Blinken said on a press call Wednesday with Jewish media.

Blinken, a deputy national security adviser under President Barack Obama, noted that the Obama administration’s decision to sell stealth fighters to Israel aimed at ensuring the country’s military preeminence in the Middle East.

“The Obama-Biden administration made sure that our most advanced fighter plane would be available to Israel, but only to Israel in the Middle East, because we wanted to make sure that Israel was able to preserve its qualitative military advantage, and we have provided for the sale of some number of F-35s during our administration,” he said.

“And so reports that the administration has committed to provide these planes to the UAE is something we would look at very, very carefully, and make sure that the QME is preserved and also very important that Congress play a role,” he said.

Trump administration officials have sought to reassure Israeli leaders that any sale of F-35s will not harm Israel’s qualitative military edge.

Democrats in Congress have advanced legislation that would give Israel a say in arms sales to other countries in the Middle East, citing Israeli concerns about the proposed sale to UAE.

Blinken, in a rare instance of cross-party praise during a polarized election season, lauded the Israel-UAE normalization agreement that was coincident with the proposed sale of the jets.

Biden “was very clear that having Arab countries recognize Israel, normalized with Israel, is a positive step that we should support and applaud,” he said.