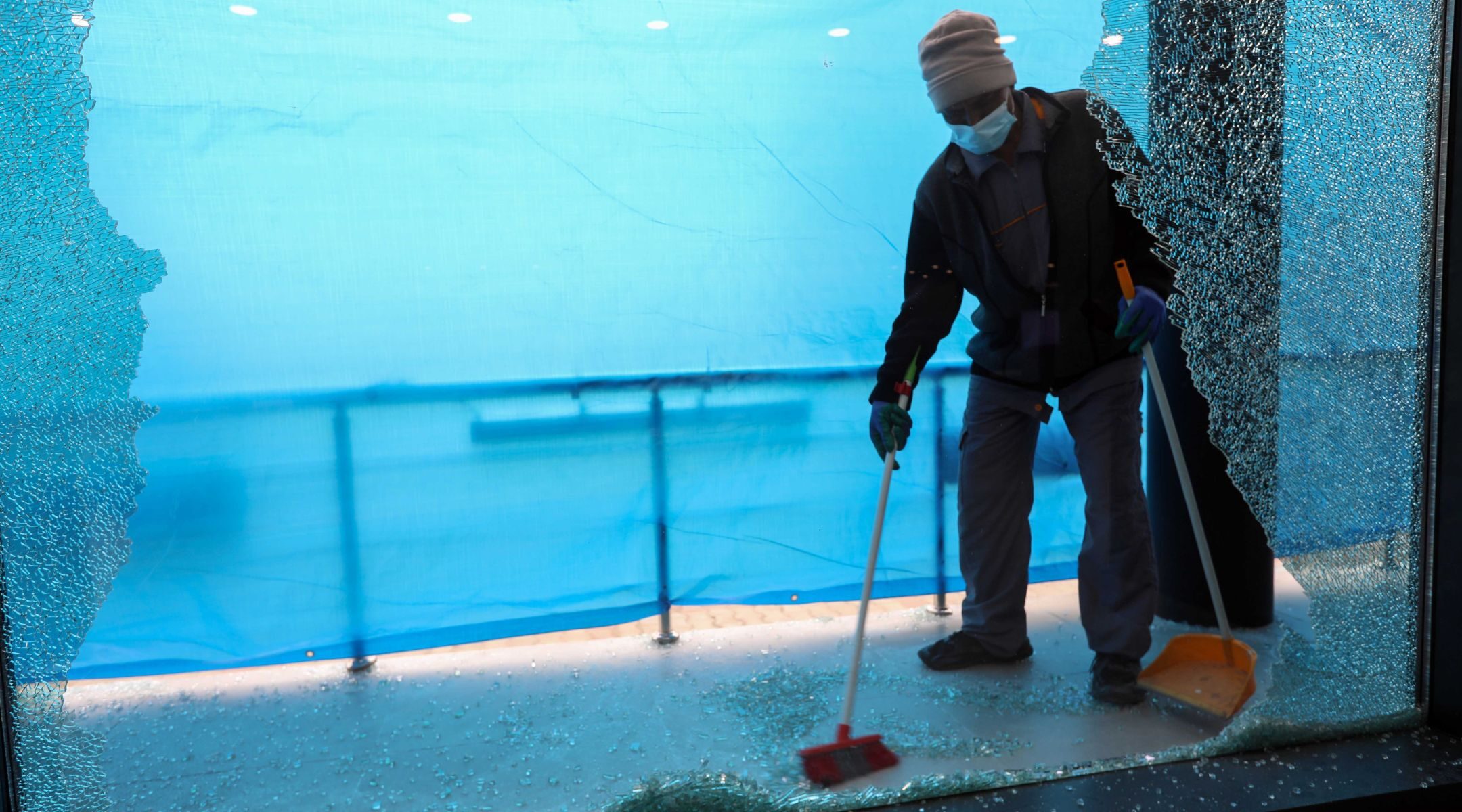 A worker clears the shattered glass outside a damaged shop following a rocket attack the previous night in Erbil, the capital of the northern Iraqi Kurdish autonomous region, on Feb. 16, 2021. - A volley of rockets targeting an airbase in Iraq's Kurdistan region on February 15 killed a foreign civilian contractor and wounded five others and a US soldier, according the US-led coalition. (Safin Hamed/AFP via Getty Images)
Advertisement

The strike Thursday at a point near Syria’s border with Iraq was in retaliation for a Feb. 15 rocket attack on a U.S.-led military base near Erbil, the capital of Iraq’s semi-autonomous Kurdish region, that killed a civilian contractor who was not a U.S. citizen and wounded an American serviceperson. Iranian-backed militias are believed responsible for that attack.

Iran helped prop up the Assad regime during Syria’s decade-long civil war and maintains a presence in the country. Israel has said that Iran must leave Syria altogether and sees Iran’s presence north of its border as an inherent threat.

The decision to order the U.S. airstrike, reportedly the smallest target among options the Pentagon presented to Biden, signaled the precariousness of Biden’s mission to contain Iranian adventurism in the region while working to bring Iran back into compliance with the 2015 Iran nuclear deal.

In 2018, Biden’s predecessor, Donald Trump, pulled out of the international deal, which traded sanctions relief for a partial rollback of Iran’s nuclear development, and engaged Iranian forces in the region multiple times. Last year he ordered the killing of a top Iranian general believed responsible for deadly attacks on U.S. and Israeli forces.

In retaliation, Iran has abrogated some components of the nuclear deal, which Biden has said he sees returning to as the best means of keeping Iran from obtaining a nuclear weapon. Biden also has said he wants to limit Iran’s influence in the region.

“President Biden will act to protect American and Coalition personnel,” John Kirby, the Pentagon spokesman, said in a statement about Thursday’s strike. “At the same time, we have acted in a deliberate manner that aims to deescalate the overall situation in both eastern Syria and Iraq.”

The New York Times quoted Kirby as saying that the strike “specifically destroyed multiple facilities located at a border control point used by a number of Iranian-backed militia troops, including Kataib Hezbollah and Kataib Sayyid al-Shuhada.”

The Washington Post quoted an anonymous U.S. official as saying that the U.S. airstrike killed a “handful” of people.