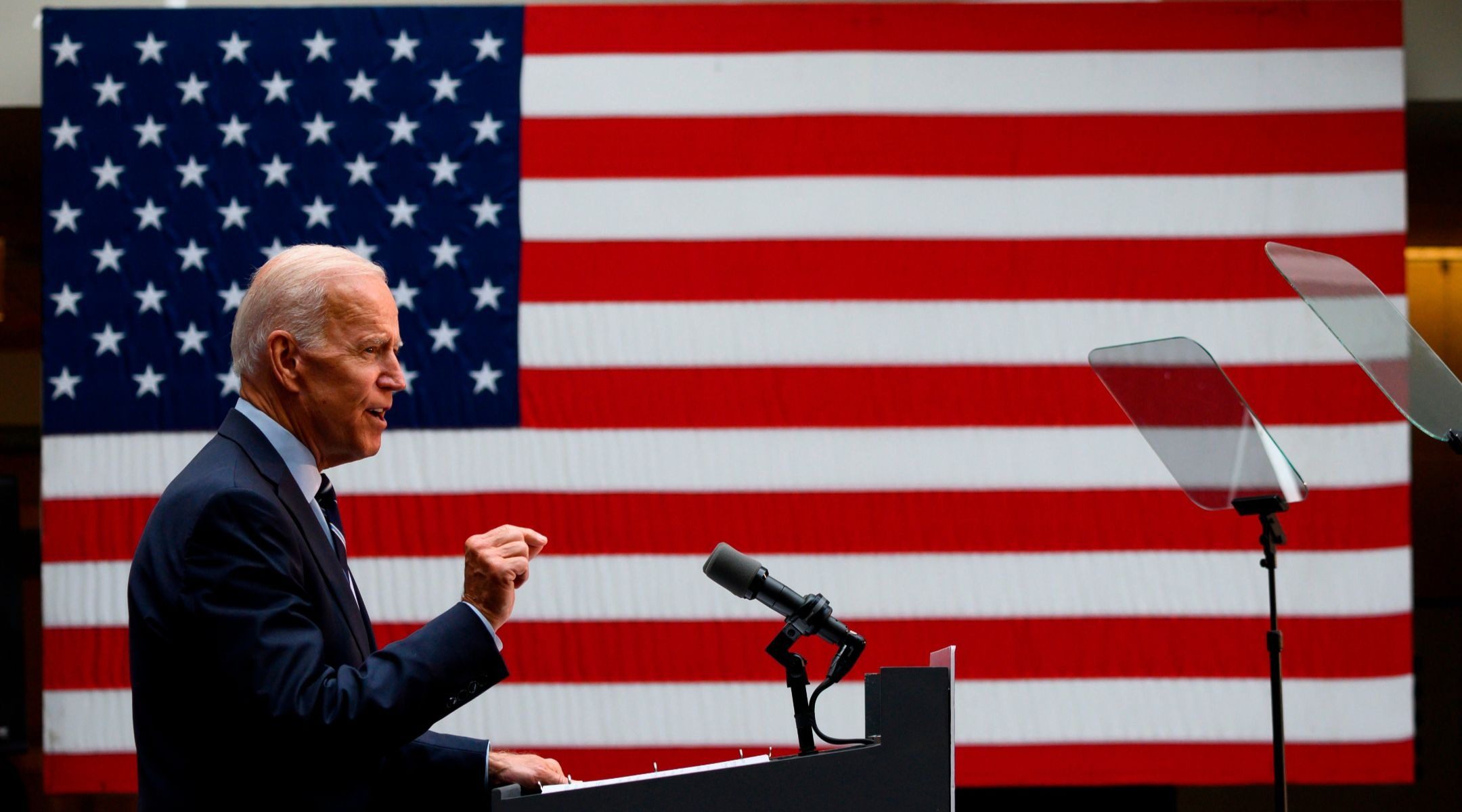 Joe Biden, the leading Democratic 2020 presidential candidate, gestures as he holds a speech about his foreign policy vision for America at the Graduate Center at the City University of New York in New York City, July 11, 2019. (Johannes Eisele/AFP/Getty Images)
Advertisement

WASHINGTON (JTA) — In a talk laying out the foreign policy principles he would hew to as president, Joe Biden said the United States’ relationship with Israel must be “ironclad,” whatever one’s feelings about Prime Minister Benjamin Netanyahu.

“Sustaining our ironclad commitments to Israel’s security regardless of how much you may disagree with its current leader,” the former vice president said Thursday at the City University of New York.

Biden, who is leading in the polls among 25 Democrats running for their party’s nomination, also said he would re-enter the Iran nuclear deal, abandoned last year by President Donald Trump. Most of the Democratic field has made the same commitment.

In response to Trump’s pulling out of the deal, Iran has recently begun to breach some of the agreement’s restrictions.

“If Tehran returns to compliance with the deal I’d rejoin the agreement and work with our allies to strengthen and extend it,” Biden said, “while more effectively pushing back against Iran’s more destabilizing activities which under the agreement we were allowed to do — we had partners to do with us.”

Much of Biden’s 40-minute speech drew distinctions between the expansive foreign policy he and President Barack Obama had championed and Trump’s isolationism.

“While those living under oppression, yearning for freedom, look to the United States for hope, Trump has really nothing to offer,” Biden said.