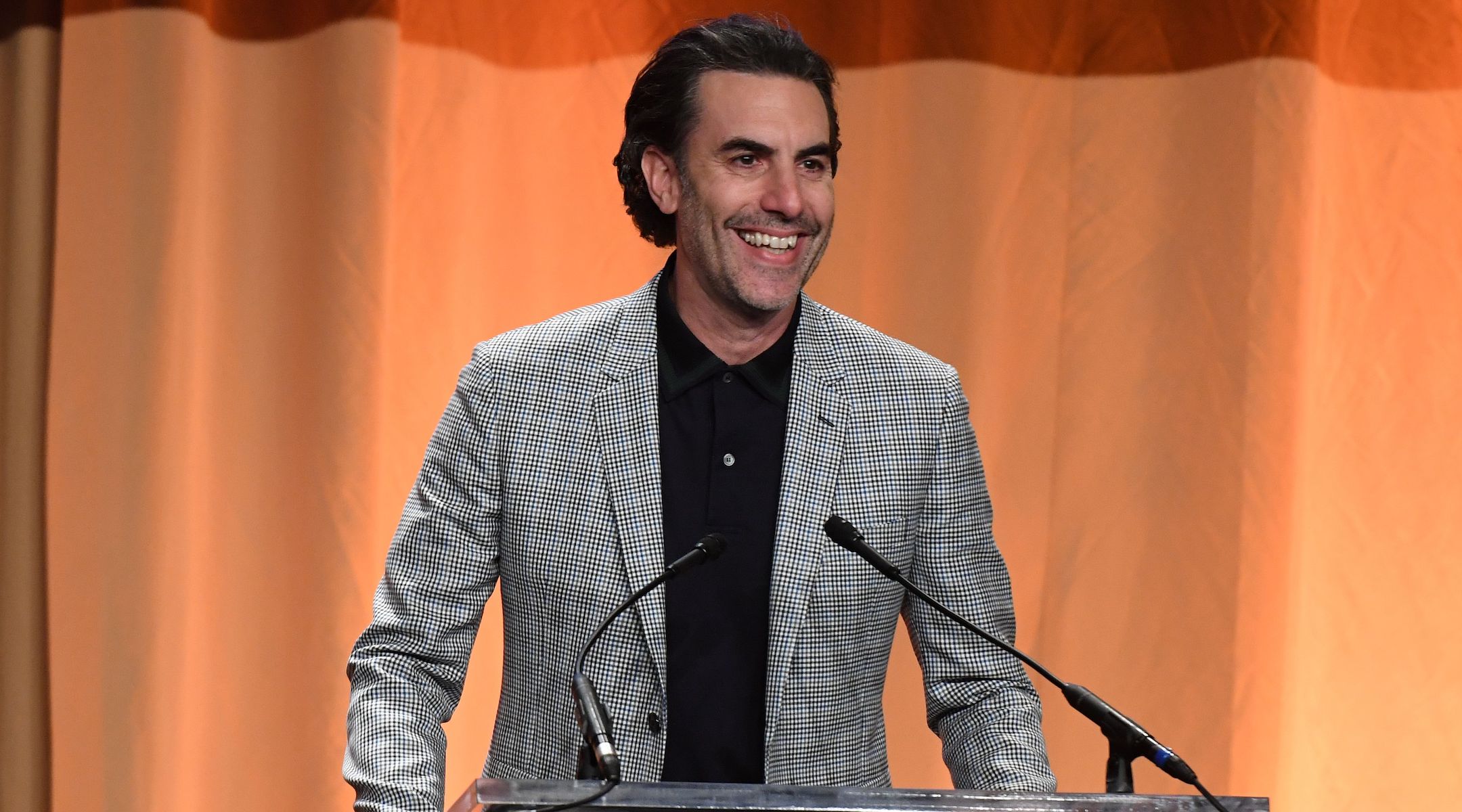 (JTA) — A judge in Georgia dismissed a lawsuit by the daughter of a Holocaust survivor who appears in “Borat 2.”

Judith Dim Evans’ daughter claimed that her mother, who teaches the title character about the Holocaust in the film, was “horrified and upset” at learning after filming that Sacha Baron Cohen’s film was a comedy. Evans’ daughter sought to have the scene cut from the film, which debuted on Amazon Studios on Friday.

Cohen and Amazon said that Evans was clued into the film’s running gag style — which tricks unknowing people into doing things on camera — right after the scene was filmed, and that she signed a waiver form that authorized the use of her scene.

Cohen devotes a large portion of his new film to mocking anti-Semitism and Holocaust denial. He dedicated the movie to Evans’ memory, something he has not done with any of his previous films.

“Sacha Baron Cohen was deeply grateful for the opportunity to work with Judith Dim Evans, whose compassion and courage as a Holocaust survivor has touched the hearts of millions of people who have seen the film,” an Amazon rep told Deadline. “Judith’s life is a powerful rebuke to those who deny the Holocaust, and with this film and his activism, Sacha Baron Cohen will continue his advocacy to combat Holocaust denial around the world.”

According to Deadline, Cohen and Amazon are working to share the cut footage of Evans telling her full Holocaust story “for viewers of the film to hear Evans tell the story of what happened to her family during World War II.”

RELATED: An anti-Semitic cake, a Holocaust survivor and a whole lot of Hebrew: All the Jewish moments in ‘Borat 2’