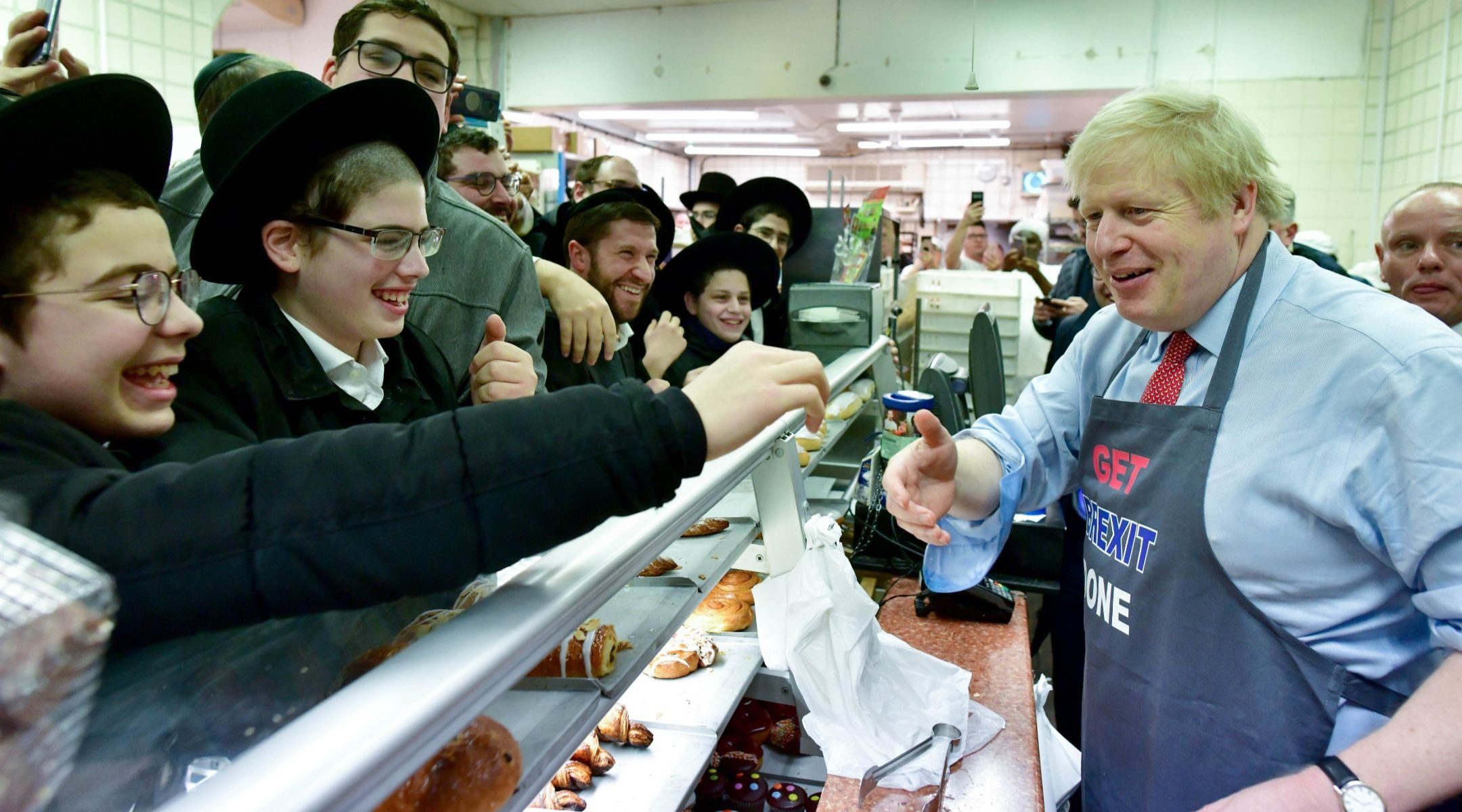 (JTA) — Prime Minister Boris Johnson frosted and served up doughnuts at a kosher bakery in London less than a week ahead of Britain’s national elections.

Johnson wore an apron that read “Get Brexit Done” behind the counter at the Grodzinski bakery in the Golders Green neighborhood, which is home to a substantial Jewish population.

Prior to his stint Friday behind the bakery counter, Johnson visited Jewish Care, a health and social care organization serving the London Jewish community. Photos of the event showed black-hatted haredi Orthodox Jewish youths crowding at the counter listening to Johnson.

Johnson was later criticized for choosing to make the appearance at the bakery rather than sit for an interview with the BBC.

This morning I made some ‘Get Brexit Done’ donuts at a wonderful bakery in Golders Green, North London. Thank you Grodzinski Bakery & to everyone who stopped by to say hello. pic.twitter.com/Ztrtvtgq4D