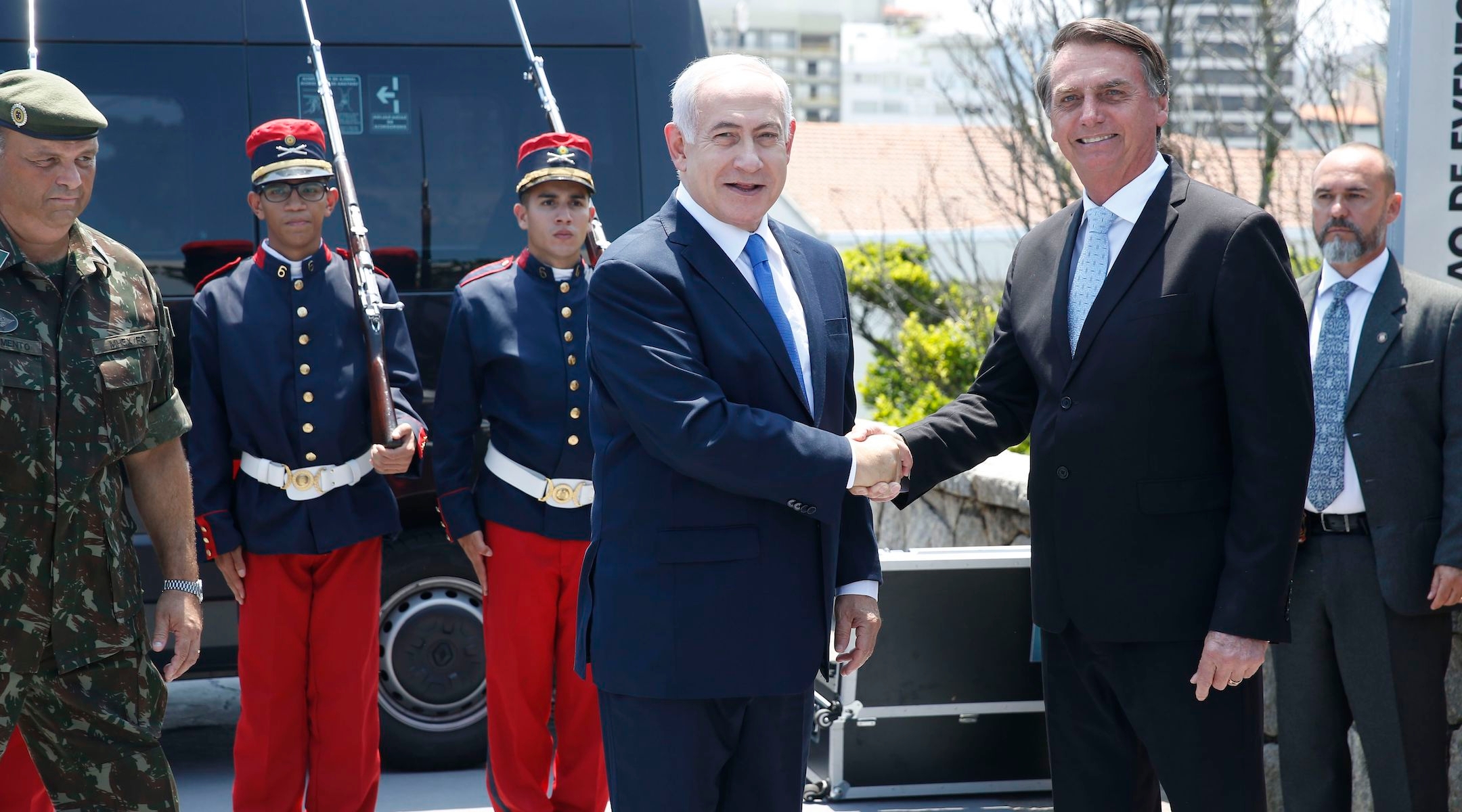 (JTA) — Brazilian President Jair Bolsonaro walked back his promise to move his country’s embassy to Jerusalem from Tel Aviv.

Bolsonaro, who is scheduled to arrive in Israel on Sunday for an official visit just days before Israel’s national elections, told reporters in Brasilia on Thursday that his government may instead open a “business office” in Jerusalem, Reuters reported.

The news service reported that Brazil’s agriculture sector is against the Jerusalem move because it could damage the country’s lucrative halal meat trade with Arab countries.

Bolsonaro made the embassy pledge during last year’s presidential campaign and doubled down after taking office in January. Israeli Prime Minister Benjamin Netanyahu attended Bolsonaro’s inauguration in Brasilia and achieved near rock-star status there.

The United States and Guatemala have moved their embassies to Jerusalem, and Hungary last week opened a diplomatic trade mission there, which is considered a branch of its embassy in Tel Aviv. Prime Minister Viorica Dăncilă of Romania announced at the annual American Israel Public Affairs Committee conference that her government had decided to move its embassy to Jerusalem, but was later contradicted by President Klaus Iohannis, who said the final decision rests with him.

Several other countries, including the Czech Republic, Lithuania and Australia, have expressed interest in moving their embassies to Jerusalem.