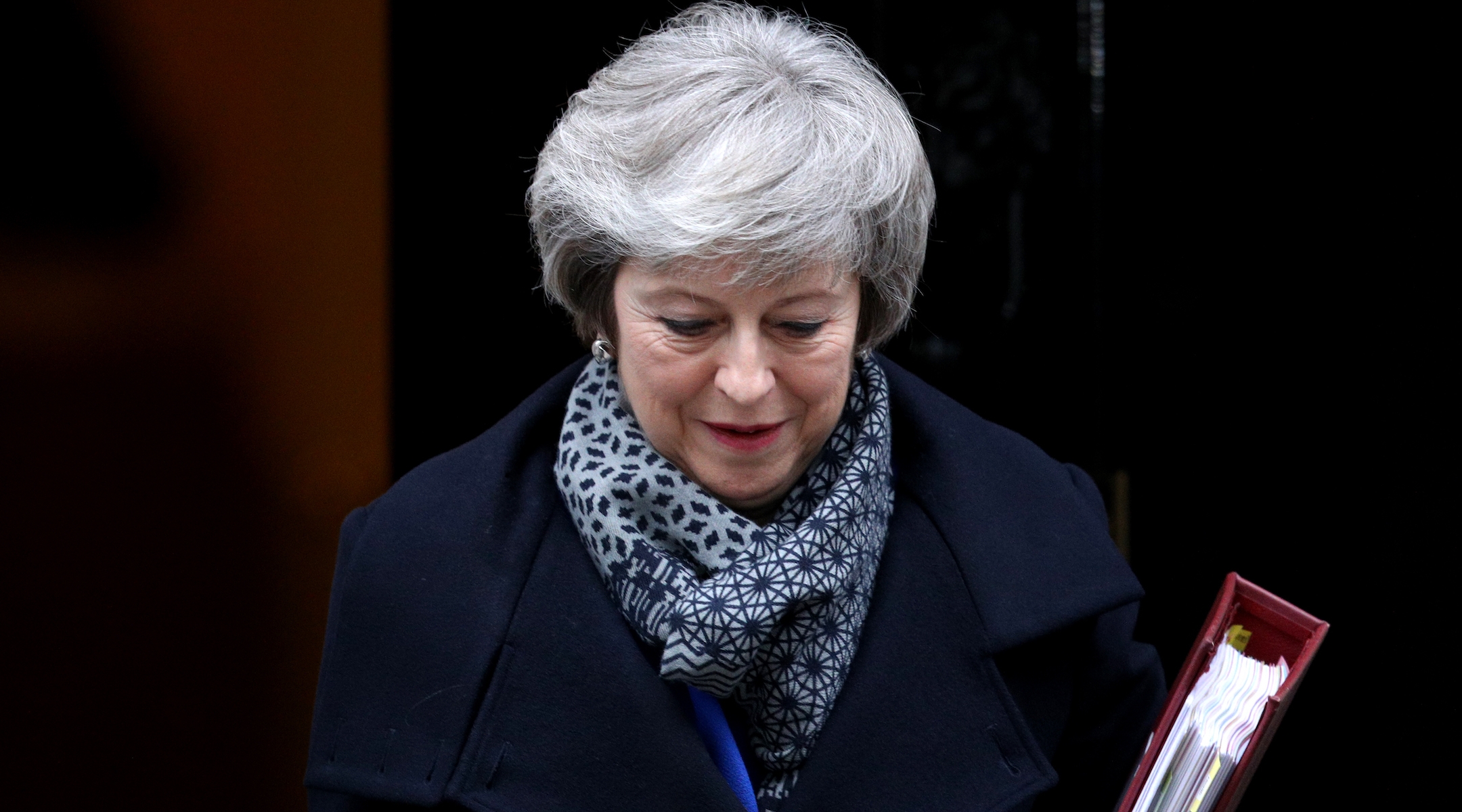 British Prime Minister Theresa May leaves Downing Street ahead of a vote of no confidence in government in London, Jan. 16, 2019. She narrowly survived the vote and will stay in power. (Dan Kitwood/Getty Images)
Advertisement

(JTA) — A vote of no confidence that could have led to elections in Britain, and a potential premiership for the Labour Party’s Jeremy Corbyn, narrowly failed to pass in the British lower house on Wednesday.

In a parliamentary debate ahead of the vote, several speakers in the House of Commons appealed to colleagues not to topple Prime Minister Theresa May’s Cabinet for fear it would lead to the far-left Corbyn replacing her.

Great Britain’s three leading Jewish newspapers last year united in publishing a front-page editorial warning that a Corbyn premiership would constitute an “existential threat to Jewish life in this country.”

It was Corbyn who had initiated the no-confidence motion in the government on Tuesday; it was defeated, 325-306.

The motion followed the rejection of May’s proposed plan for exiting the European Union by a majority of lawmakers in a separate vote Tuesday.

Michael Gove, the United Kingdom’s secretary of state for the environment, who in 2011 declared himself to be “a proud Zionist,” said about Corbyn during the debate: “No way can this country ever allow this man to be our prime minister.”