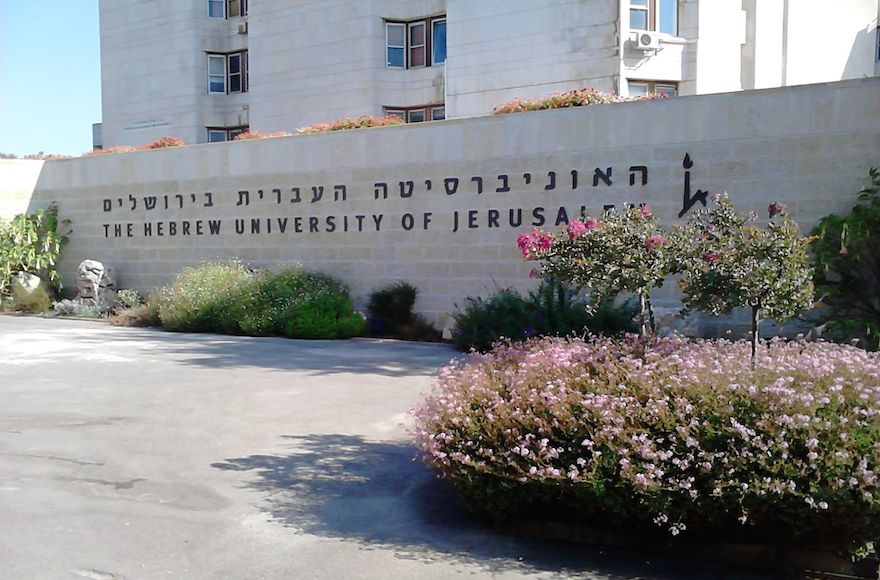 The entrance to The Hebrew University of Jerusalem. (Wikimedia Commons)
Advertisement

(JTA) — The British Society for Middle Eastern Studies passed a resolution calling for an academic boycott of Israeli institutions.

The boycott passed on Monday at the society’s annual general meeting in Leeds with almost 80 percent support, according to the Middle East Monitor.

The society, known as BRISMES, was founded in 1973 to encourage and promote the study of the Middle East in the United Kingdom, according to its website.

It also claims that “Israeli universities are playing a key role in planning, implementing and justifying Israel’s illegal military occupation and are maintaining a close and supportive relationship with the Israeli military, including involvement in developing weapon systems, providing justification for military actions and extra-judicial killings, rewarding students serving in the occupation forces, designing and delivering special programmes for soldiers and officers, building on occupied land, and systematically discriminating against non-Jewish students.”