Cremation is not necessary and Jewish burials can take place, Argentine rabbis announce 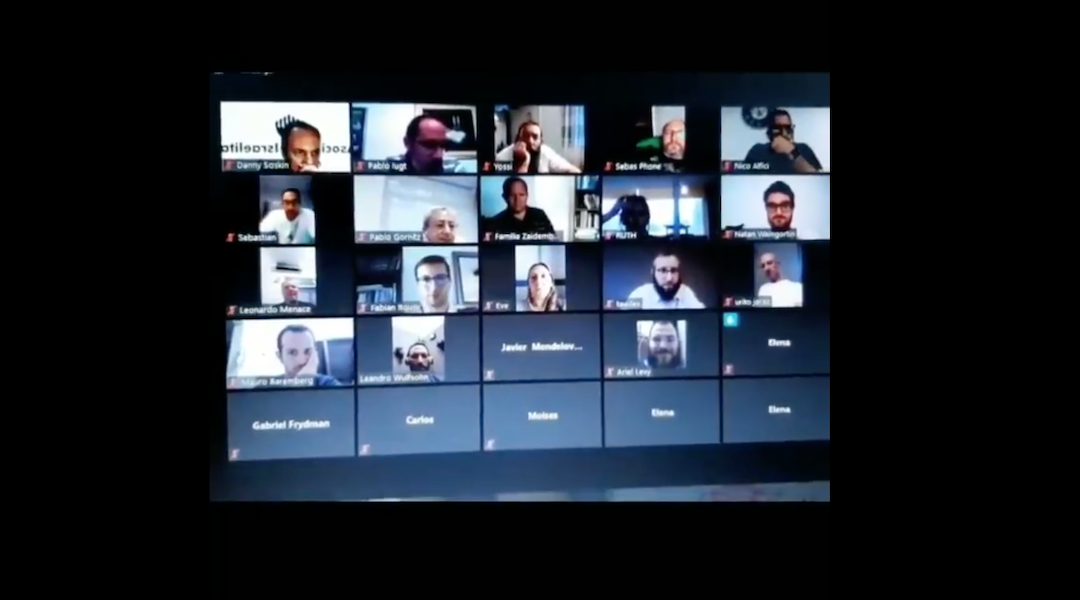 A screenshot from a historic videoconference of rabbis and Jewish leaders across Argentina. (Eliahu Hamra/Twitter)
Advertisement

BUENOS AIRES, Argentina (JTA) — The night after the first Jewish coronavirus victim in Argentina was cremated against the wishes of his family, who wanted him to receive a full Jewish burial, the federation of the country’s Jewish communities met in a historic video call to discuss the topic.

The Vaad Hakehilot, a division of the AMIA Jewish organization, organized the call to clarify to rabbis and community leaders from across the country that cremation, seen by some as a possible way to stop the spread of germs, is not mandatory for those who succumb to the coronavirus.

“The cremation is a suggestion from health authorities, so that possibility must be offered to the families. But it’s not a mandatory law,” said Eliahu Hamra, the current president of Vaad Hakeilot. “If the family doesn’t want a cremation, a Jewish burial is allowed, with some special care to avoid more infections.”

Ritual washing of the body before burial, for example, is now prohibited during the pandemic, he said. But victims can still be buried in Jewish cemeteries.

On March 26, Ruben Bercovich, a businessman who was active in Jewish institutions in the Chaco province, became the country’s first recorded Jewish coronavirus victim. His hasty cremation caused controversy.

This is not the first aspect of Jewish law that has needed clarification in Argentina during the coronavirus crisis. After the country imposed a lockdown, police raided a mikvah that was still operating in Buenos Aires. That led to a compromise between authorities and rabbis on how to regulate the ritual baths while keeping them open.