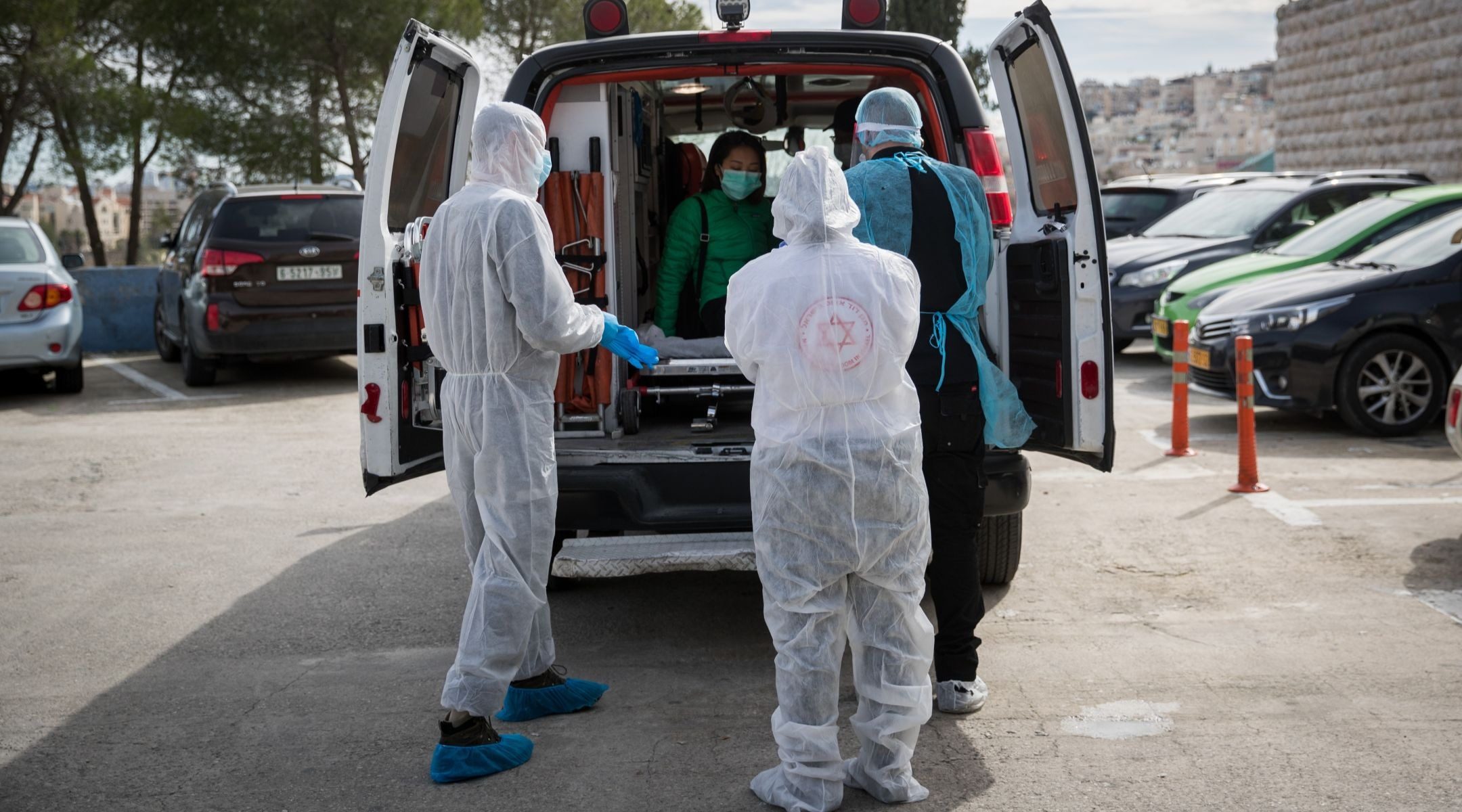 A Chinese woman arrives at Shaare Zedek Medical Center in Jerusalem, over suspicions she may be infected with the deadly coronavirus on Jan. 27, 2020. (Yonatan Sindel/Flash90)
Advertisement

JERUSALEM (JTA) — A Chinese diplomat invoked the Holocaust in urging Israel to not close its doors to Chinese people seeking refuge from the deadly coronavirus.

“This is reminiscent of World War II, the Holocaust, the darkest days of human history. Millions of Jews were murdered and many were banned from entering countries. Some countries opened their gates, one of them was China,” Dai Yuming said Sunday during a news conference at the Chinese Embassy in Tel Aviv. “Even in dark times in history, we did not close our gates to the Jewish people and we hope that Israel won’t close its gates to the Chinese.”

The Chinese embassy later apologized for the remarks, the Jerusalem Post reported, clarifying that “there was no intention whatsoever to compare the dark days of the Holocaust with the current situation and the efforts taken by the Israeli government to protect its citizens.”

As of Sunday, about 14,000 people in China had contracted the virus and some 300 have died. Cases of the virus have been found in 24 countries. It has not yet been discovered in Israel.

Israel began prohibiting the entry of flights from China and the entry of Chinese nationals or other travelers who have visited China within the last two weeks. Israelis who arrive from China must isolate themselves in their homes for two weeks.

“Our foremost goal is to postpone the arrival of the virus to Israel. I say ‘postpone’ because its arrival is unavoidable. We will then identify, treat, isolate and deal with those infected,” Netanyahu said after the meeting.

Netanyahu instructed the Biological Institute and Health Ministry to work on producing a coronavirus vaccine.