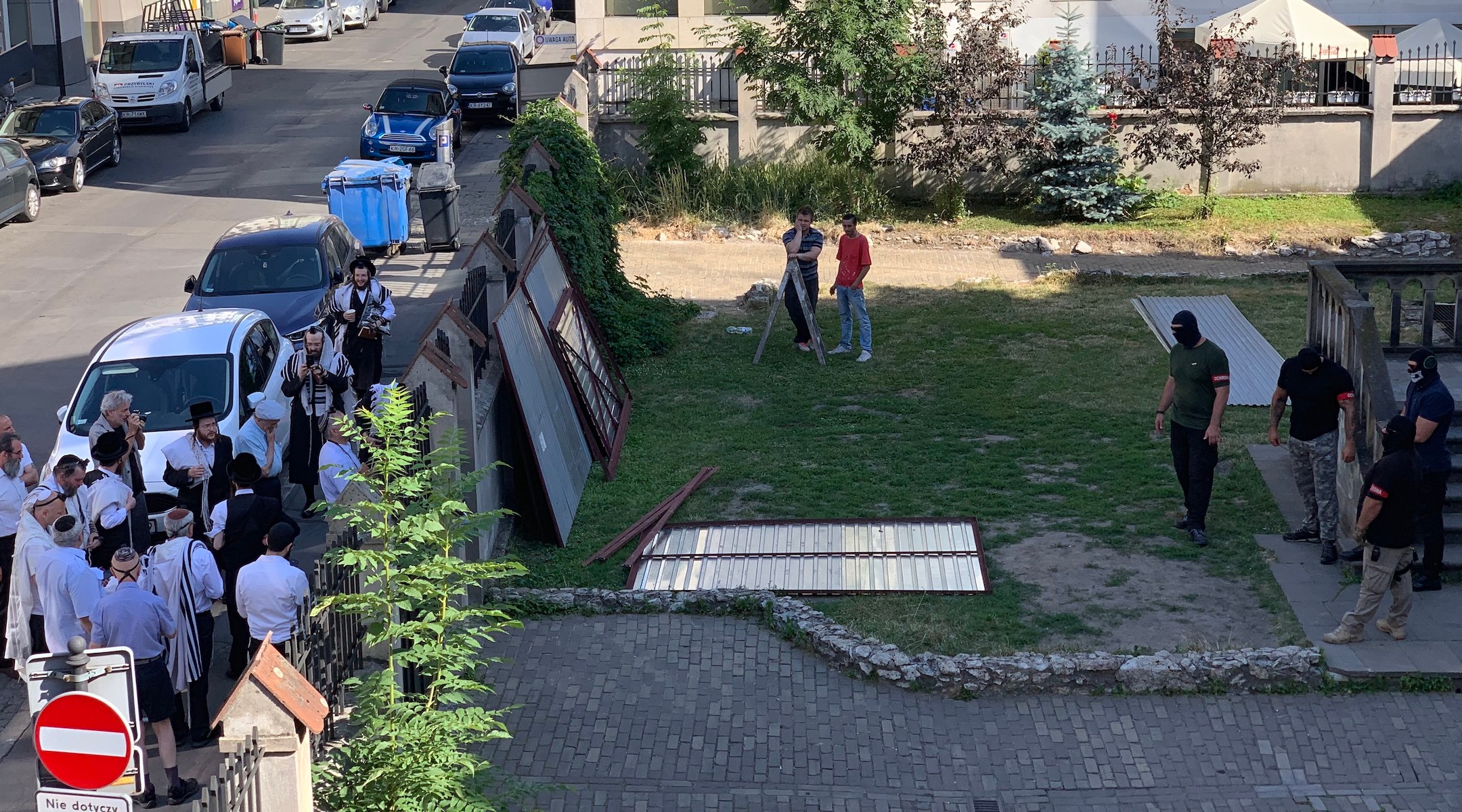 Guards from a private security firm wearing balaclavas blocked the entrance to the Izaak Synagogue in Krakow, Poland, amid a dispute between the local Jewish community and the Chabad-run synagogue, July 1, 2019. (Michael Berenbaum)
Advertisement

(JTA) – Security guards barred worshippers affiliated with the Chabad movement from entering a synagogue in Krakow, Poland, amid a property dispute between its Chabad-affiliated rabbi and the city’s separate Orthodox Jewish community.

The Chabad community has been leasing the building from the Jewish Community of Krakow, a local representative body which is not affiliated with Chabad, since 2008, according to the daily Gazeta Wyborca. A representative of the Chabad congregation told the paper that it has a valid lease on the building.

But on Monday, guards from a private security firm wearing balaclavas blocked the entrance to what is commonly known as the Izaak Synagogue. The regular worshippers prayed outside the locked synagogue and called police, who arrived at the scene.

The Jewish Community of Krakow — which last month faced protests for its leasing of a former synagogue to serve as a bar cafe — had also recently shut down the building’s water and electricity supply in a bid to get the Chabad congregation to leave, according to the report.

In a statement, the Jewish Community of Krakow denied being contractually obligated to allow use of the synagogue. It said the congregation that had used the building damaged it, including by allowing mold to grow on some walls and rewiring electricity without a permit.

The Jewish Telegraphic Agency was not able to reach leaders of the Jewish Community of Krakow for a comment on Monday morning. Attempts to reach them by the Polish daily also were unsuccessful.