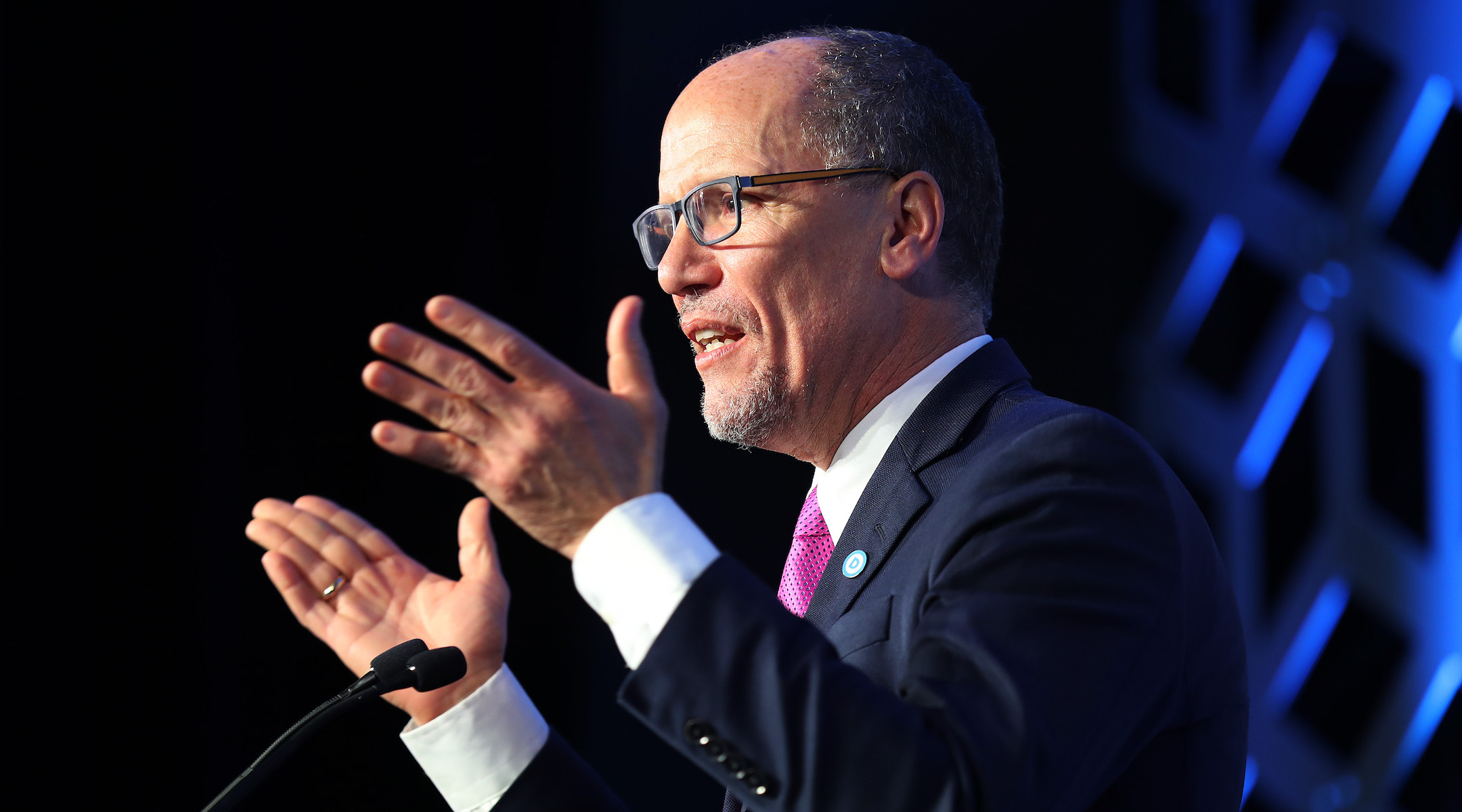 WASHINGTON (JTA) — Tom Perez, the chairman of the Democratic National Committee. reassured Jewish Democrats that they would be happy with the next party platform.

“We want to make sure that our platform, which is our values statement of our party, is a platform that you can be proud of, a platform that, again, reaffirms our commitment to a two-state solution — negotiated directly by the parties,” Perez told Jewish Democratic leaders in a call last week, according to Jewish Insider.

Why it matters: Platforms are drafted ahead of national conventions in presidential election years, and ahead of the last two elections, the DNC platform has been beset by controversy.

In 2012, the draft committee neglected to include recognition of Jerusalem as Israel’s capital, and it was inserted at the last minute at a raucous public meeting over loud protests.

In 2016, the DNC opened its foreign policy drafting to the public, and there were tense exchanges over whether to mention Israel’s occupation of the West Bank and its blockade of the Gaza Strip. There was no criticism of the occupation in the final version.

The Republican Party platform also changed from 2012 to 2016. The most recent version omits overt support for a two-state solution and mentions Jerusalem only in describing the city as a capital of Israel, not of Palestine. (President Donald Trump in 2017 recognized Jerusalem as Israel’s capital. Congress did the same in 1995.)

The Trump factor: Trump has equivocated on endorsing a two-state outcome, and Democrats have sharply criticized his peace plan, released earlier this year, for imposing outcomes on the two sides.