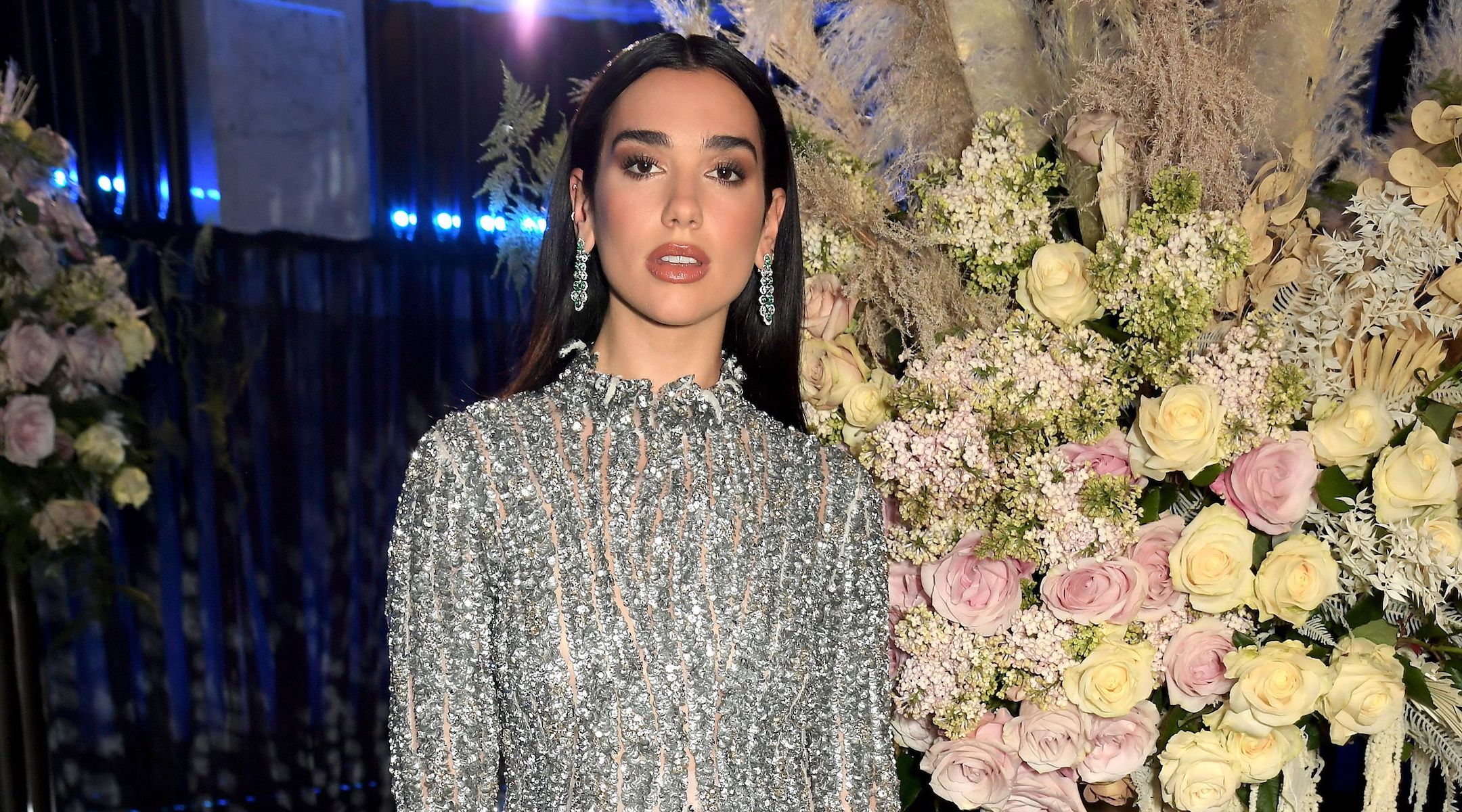 The Grammy-winning megastar had reposted several messages on Instagram in the early days of the recent Israel-Gaza conflict that were critical of Israel’s actions toward the Palestinians. Some contained the hashtag #SaveSheikhJarrah, a reference to the East Jerusalem neighborhood where Israel is threatening to evict Palestinian families.

The Times ad said that Dua Lipa and Bella and Gigi Hadid, two supermodel sisters with Palestinian heritage, all accused Israel of being an apartheid state. It also claimed the trio “revile Zionists and Israel” and said their comments accused Israel of “ethnic cleansing.” (Lipa is dating the Hadids’ brother Anwar.)

“Hamas calls for a second Holocaust. CONDEMN THEM NOW,” it reads.

Lipa tweeted a response on Saturday.

“This is the price you pay for defending Palestinian human rights against an Israeli government whose actions in Palestine both Human Rights Watch and the Israeli human rights group B’Tselem accuse of persecution and discrimination,” she wrote. “I take this stance because I believe everyone — Jews, Muslims and Christians — have the right to live in peace as equal citizens of a state they choose. The World Values Network are shamelessly using my name to advance their ugly campaign to … I stand in solidarity with all oppressed people and reject all forms of racism.”

After an initial wave of celebrities posted statements highly critical of Israel’s actions in the fighting, which started when Hamas began firing rockets at Israel on May 9, several other stars, many of them Jewish, have made statements in solidarity with Jewish communities around the world as antisemitic attacks on Jewish institutions have risen in the wake of the Israel-Gaza conflict.

Josh Gad, the Jewish comedy star known for his roles in “The Book of Mormon,” “Frozen” and other blockbusters, added his voice to the growing list on Sunday.

“It never stops breaking my heart how easily antisemitism comes to so many,” he wrote on Twitter. “And how difficult it seemingly is for people to speak out against it. I will stand up against bigotry of all kind from Islamiphobia[sic] to racism. Wish others would do the same when it comes to anti-Semitism.”