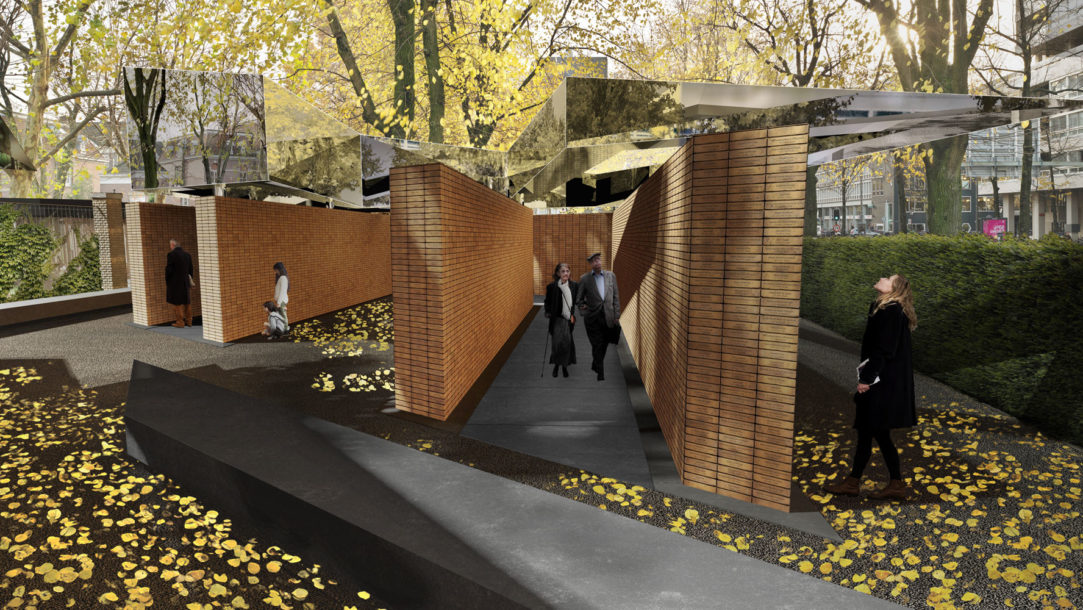 An artist's impression of the plans for a new Holocaust monument in Amsterdam. (Holocaust namenmonument)
Advertisement

AMSTERDAM (JTA) — A Dutch court rejected objections to the planned construction of a massive monument for Holocaust victims at what used to be the Jewish quarter of the kingdom’s capital.

The administrative court in Amsterdam on Tuesday ruled against an petition for an injunction against the plan by several residents from the area, the Hart Van Nederland website reported.

Last year, locals published a petition against the plan, saying it means “the disappearance of the already scarce greenery” from their area. Some of the critics filed the petition. They favor commemorating the Holocaust in principle, but not on their street as envisioned by the municipality.

Emile Schrijver, director of Amsterdam’s Jewish Cultural Quarter, last week called on the plan’s critics to “accept it and move on.”

Jacques Grishaver, chairman of the Dutch Auschwitz Committee and the monument’s initiator, argued  the issue goes far deeper than a dispute over local land use.

“Residents living in houses where my family used to live don’t wish to see a monument commemorating them. They want to erase their names,” he said in a speech last year.

Esther Voet, the editor-in-chief of the NIW Dutch Jewish weekly, on Tuesday congratulated Grishaver, who has for years led the project amid opposition.

“The small, abject ‘not-in-my-backyard’ club has lost,” she tweeted.