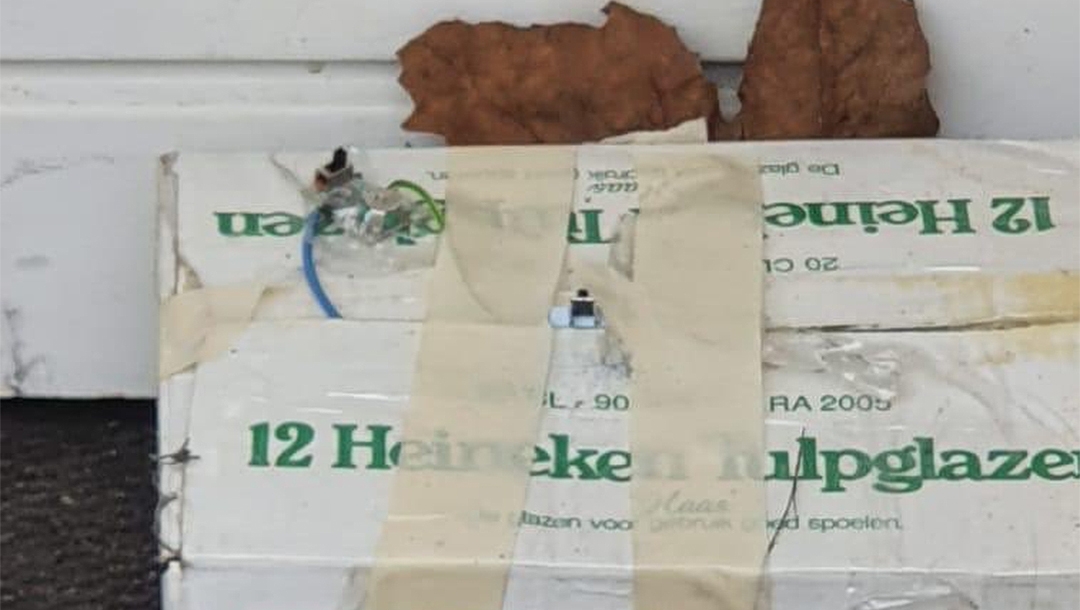 The package discovered outside the HaCarmel kosher restaurant in Amsterdam, the Netherlands on Jan. 15, 2020. (Federatief Joods Nederland)
Advertisement

AMSTERDAM (JTA) — A 46-year-old man who placed a fake bomb in front of a kosher restaurant in the Dutch capital was sentenced Wednesday to an eight-month prison term.

The criminal tribunal in Amsterdam also handed down a suspended sentence of another four months to the man, identified in the media only as Morocco-born Hassan N.

In January, he placed a cardboard box with no explosives and bearing the logo of the Heineken beer brand in front of the HaCarmel eatery. The box had masking tape fastening wires and a black electric trigger switch to its top.

He was found via his DNA on the wires and security camera footage, the NIW Dutch-Jewish weekly reported.

Hassan N. was previously convicted of insulting a worker of the national railway company, NS, by calling him a “cancer Jew.”

Herman Loonstein, the lawyer representing the owners of the restaurant, the Bar-On family, told NIW the sentence was “very light” and would not prevent a recurrence of such acts.

In 2017, a 29-year-old man waving a Palestinian flag smashed the windows of HaCarmel with a wooden club, stealing an Israeli flag hanging there. An Syrian asylum seeker was convicted of vandalism after 52 days in jail while awaiting his trial but was released with no additional penalty.

The ruling against him did not contain a reference identifying his actions as a hate crime.