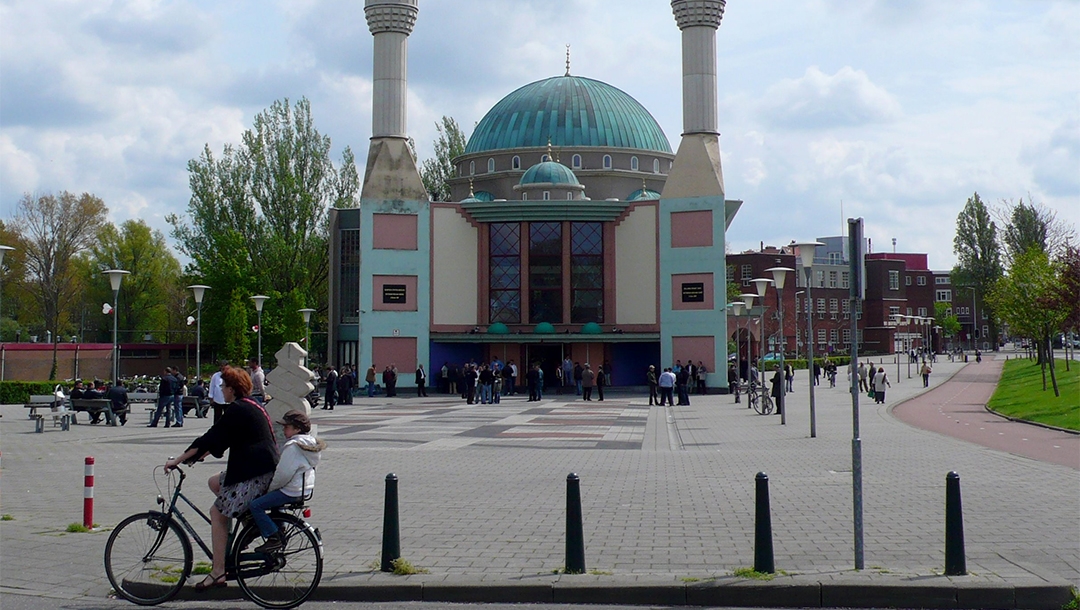 Cyclist passing by the Mevlana Mosque in Rotterdam, The Netherlands on May 2, 2008. (Ruud Zwat/Wikimedia Commons)
Advertisement

AMSTERDAM (JTA) — An email from 2014 bearing the signature of an influential leader of Dutch Muslims expressed support for Hamas and said that Adolf Hitler was Jewish.

The email carrying the signature of Yahia Bouyafa, chairman of the Association of Moroccan Mosques in the Netherlands, said that “Hamas is a legitimate and growing protest movement” against “usurpers” that used the Holocaust, “perpetrated by the Jew Hitler,” as a “pretext to steal Palestinian land,” the text read, according to an article published Sunday by De Telegraaf daily.

Bouyafa told the paper that the email was a forgery, but his Facebook page also contains references to “Hitler the Jew,” Telegraaf reported.

Aron Vrieler, a spokesman for the Center for Information and Documentation on Israel, or CIDI, called the letter “the most vicious form of anti-Semitism” and urged Muslim groups to condemn it.

Saïd Bouharrou, the association’s second in command, told De Telegraaf: “This is bizarre and light years removed from everything we do. The association distances itself from such statements and I distance myself from it. We have a warm place in our heart towards the Jewish community, I don’t want to hear about this sort of nonsense.”

Bouharrou has spoken in the past about his association’s commitment to fighting extremism.