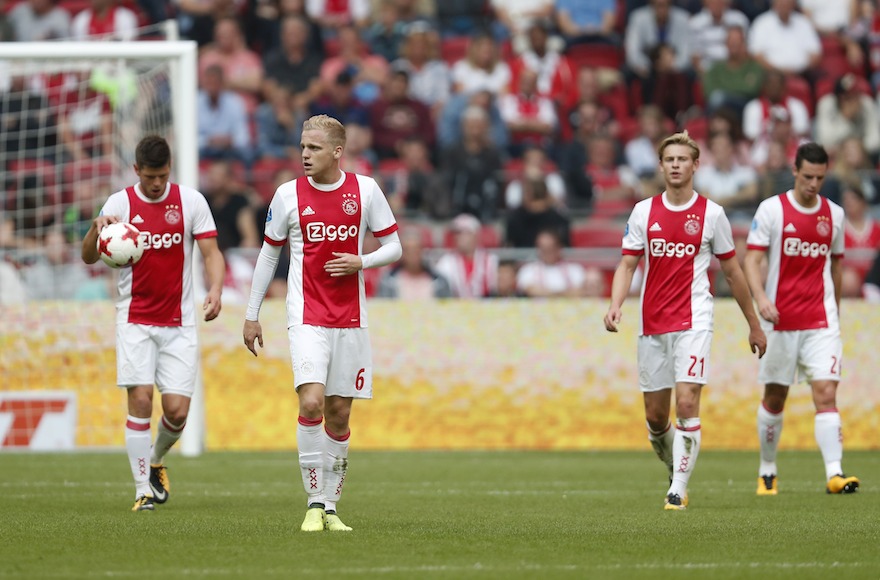 The incident, which reflects both growing resolve to punish chanters and the proliferation of anti-Semitic sports chants, took place near the De Kuip Stadium in Rotterdam on International Holocaust Remembrance Day, Jan. 27.

“My father was in the commandos, my mother was in the SS, together they burned Jews ’cause Jews burn the best,” the suspects chanted, according to the Center for Information and Documentation on Israel, a Dutch watchdog on anti-Semitism known as CIDI. It called the chant a “recurring problem” in a statement.

The suspects, who were fined $570 each, allegedly were cheering for the Feyenoord team of Rotterdam, who won a match over Amsterdam’s Ajax.

Ajax is one of several European soccer teams that are seen as historically Jewish. Fans from rival teams often taunt supporters and players of the supposedly Jewish teams with anti-Semitic limericks and symbols; the song about burning Jews is seen as among the most offensive of the taunts.

The chant, whose use was first reported by the media in 2015, has proliferated in the Netherlands and Belgium in recent years. It has appeared in situations connected to neither Jews nor soccer, including a high school graduation party in 2016 near Amsterdam.