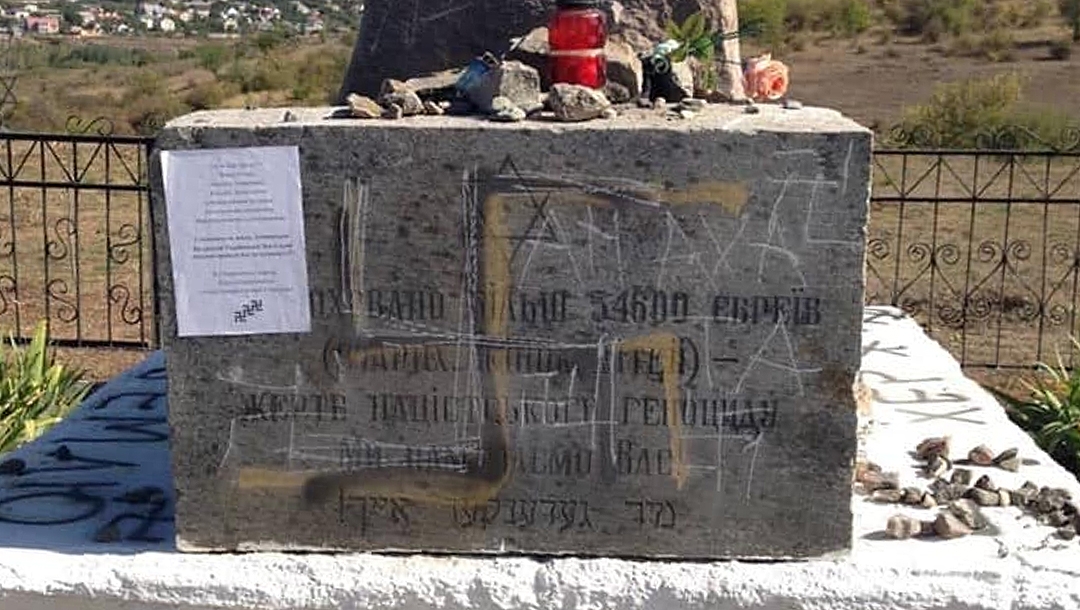 (JTA) — A Holocaust monument in Ukraine was vandalized with graffiti and a note threatening another genocide.

The graffiti appeared last week on a plaque commemorating Holocaust victims in Bogdanovka, a killing site near the southern port city of Odessa, Eduard Dolinksy, director of the Ukrainian Jewish Committee, wrote on Facebook Sunday.

The perpetrators, who have not been identified, etched swastikas onto the monument and left a pamphlet mentioning Dolinky and Ukraine’s president, Vlodymyr Zelensky, who is Jewish. They demanded a stop to “land sale” and threatened that “a Holocaust 2” would come if their demands were not met.

“Come to your senses, stop, because selling Ukrainian land will quickly lead you to the Holocaust 2,“ read the Ukrainian-language flier, signed as coming from “the Ukrainian people.”

The flier did not specify what land transactions they meant.

Israel’s ambassador to Ukraine, called on the Ukrainian government to “condemn this crime and promptly bring the perpetrators to justice.” He also called the incident an “anti-Semitic hate crime.”