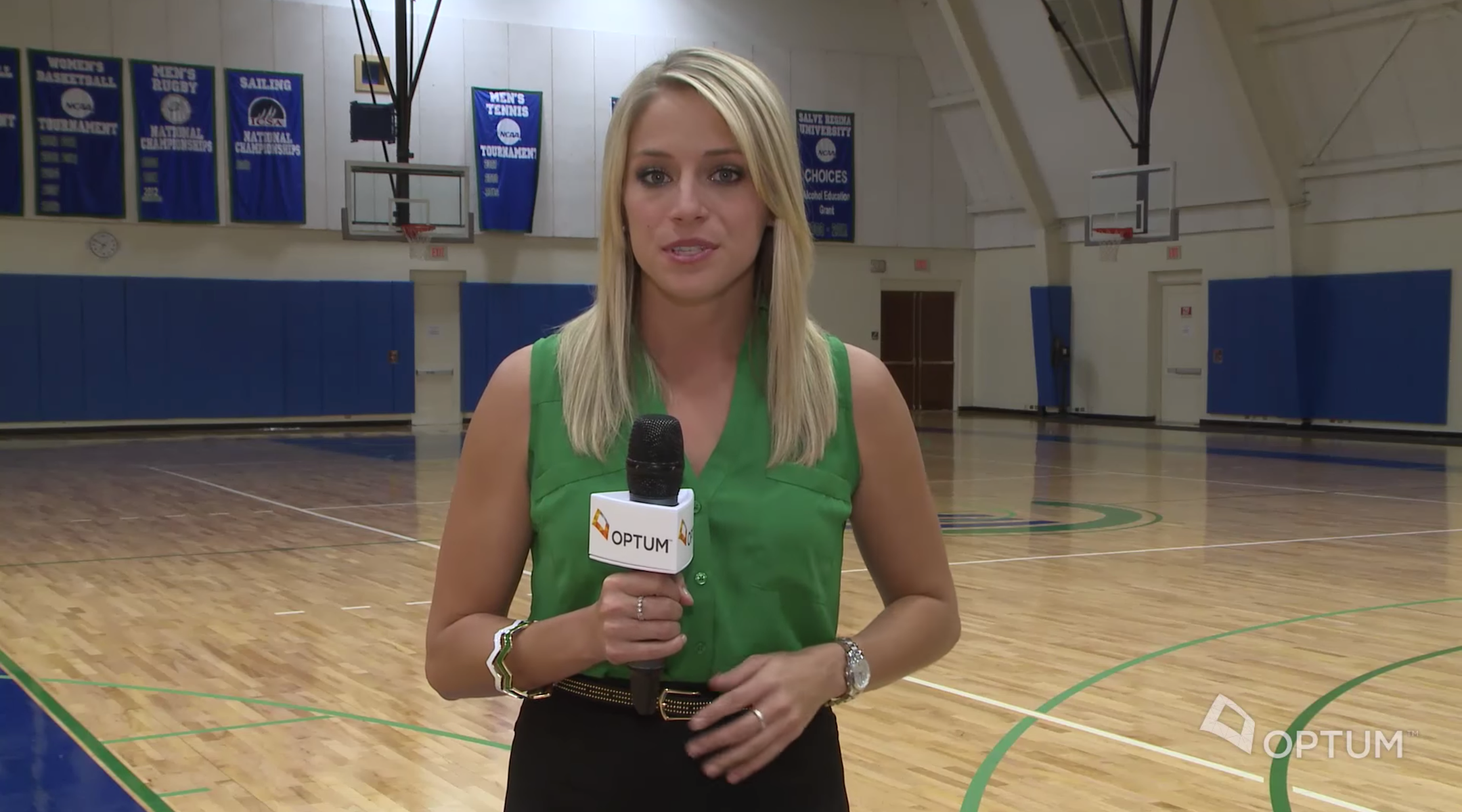 Emily Austen, who was fired from Fox Sports for derogatory comments about minorities in 2016, has been hired by Liberty University. (Screenshot from YouTube)
Advertisement

(JTA) — Emily Austen, a reporter who was fired by Fox Sports in Florida for derogatory comments about Jews and minorities, has been hired by the evangelical Christian Liberty University.

Fox dismissed Austen in 2016 as a sideline reporter for the Tampa Bay Rays baseball team and the Orlando Magic basketball team after she recorded an interview with Barstool Sports in which she said she “didn’t even know that Mexicans were that smart,” and that the “Chinese guy is always the smartest guy in math class,” according to the Tampa Bay Times.

In the interview, she also talked about “Jews in Boca,” including one who was “stingy,” and said Jews “would complain and bitch about everything.”

Liberty, the Virginia school run by Jerry Falwell Jr. that was founded by his televangelist father, announced on Wednesday that it was hiring Austen to appear on “Game On,” a sports TV show it produces.

“This is much more than a second chance at my ‘dream career,'” Austen said in a statement posted on Facebook by “Game On.” “I am here to honor God, share the Gospel through athletics, and promote Liberty student-athletes, coaches and staff and their walks with Christ. I once was lost but now I am found.”