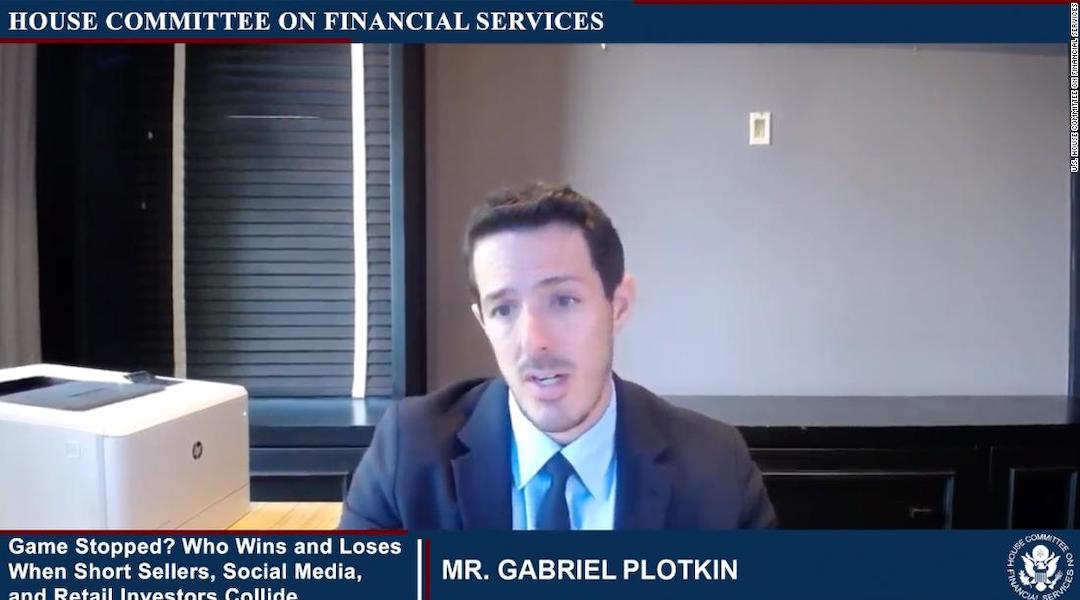 (JTA) — Gabe Plotkin, the head of one of the hedge funds that bet on the demise of GameStop, testified before the House Financial Services Committee that he received anti-Semitic messages from members of the Reddit forum that tried to save the video game store.

“Many of these posts were laced with antisemitic slurs directed at me and others. The posts said things like ‘it’s very clear we need a second holocaust, the jews can’t keep getting away with this.’ Others sent similarly profane and racist text messages to me,” Plotkin wrote in written testimony.

Plotkin’s Melvin Capital fund — which he notes was named after his grandfather — was hit hard after a wave of Reddit users rushed to invest in GameStop last month in an effort to save the company. Melvin and other funds had been seeking to short the company’s stock, or make a significant profit off its failure.

In the end, Plotkin asked fellow Jewish investors, including New York Mets owner Steve Cohen, for a cash injection of $2.75 billion to keep his fund afloat.

The number of Jews involved in the saga — from Plotkin to Ryan Cohen, the biggest investor at the time of the so-called short squeeze who made billions over night — made the situation ripe for anti-Semitic exploitation. (For more on the anti-Semitism in the Game-Stop story, read our explainer here.)

In hearings on Thursday, lawmakers grilled Plotkin and others, including the head of Robinhood, the trading app that was criticized for shutting down GameStop investors after the deluge began to hurt the hedge funds involved.

In the hearing, Plotkin tried to lay low, CNN reported. He noted that his fund does not try to artificially depress stock prices and talked about his “middle-class” roots.