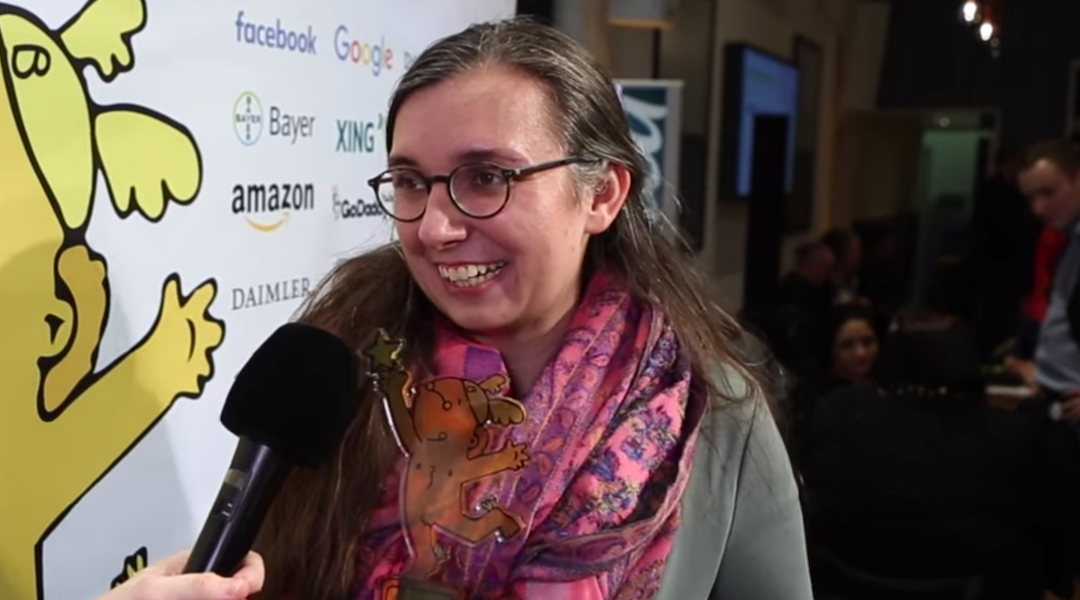 BERLIN (JTA) — German historian Marie Sophie Hingst has been stripped of a “Golden Blogger” award following revelations that she faked a family history of suffering in the Holocaust.

According to Der Spiegel magazine, which broke the story this week, Hingst —  who lives in Dublin and is in her early 30s — sent 22 pages of testimony for nonexistent people to Yad Vashem, Israel’s Holocaust memorial and archive, in 2013. She reported about her “family” in her blog, “Read on My Dear, Read On.” The blog is no longer on line.

She was found out after archivists from the German city of Stralsund read the blog and looked into Hingst’s biography. They contacted Der Spiegel with their findings: that Hingst had a Protestant background and that few of her named relatives actually had existed.

Spiegel editor Martin Doerry finally met with Hingst in Dublin last week, and reported that she initially denied his allegations. She then insisted that her blog was merely literature. But Doerry concluded that she sometimes seemed to believe the family she had invented.

In an email statement to The University Times, an Irish newspaper, Hingst said: “I strongly deny all accusations made by Der Spiegel. I have never falsified anything.”

After the fake identity was alleged this week, the creators of the “Golden Blogger” award announced that her 2017 prize had been withdrawn.

Yad Vashem told the German press agency DPA that they are investigating the testimonies that Hingst submitted, and noted that “the process is not 100 percent fail-safe.”

Hingst allegedly invented other details of her life. On Tuesday, the Frankfurter Allgemeine Zeitung announced it has removed a two-year-old, anonymized interview with Hingst from its online platform.

In that conversation, she had spoken about a sex education project she had carried out with refugees. The interview was sparked by an essay that Hingst had published under a pseudonym in “Zeit Online.”

After “Zeit Online” was informed by Spiegel about the possible fake, they discovered that some witnesses Hingst had named in her essay did not exist.