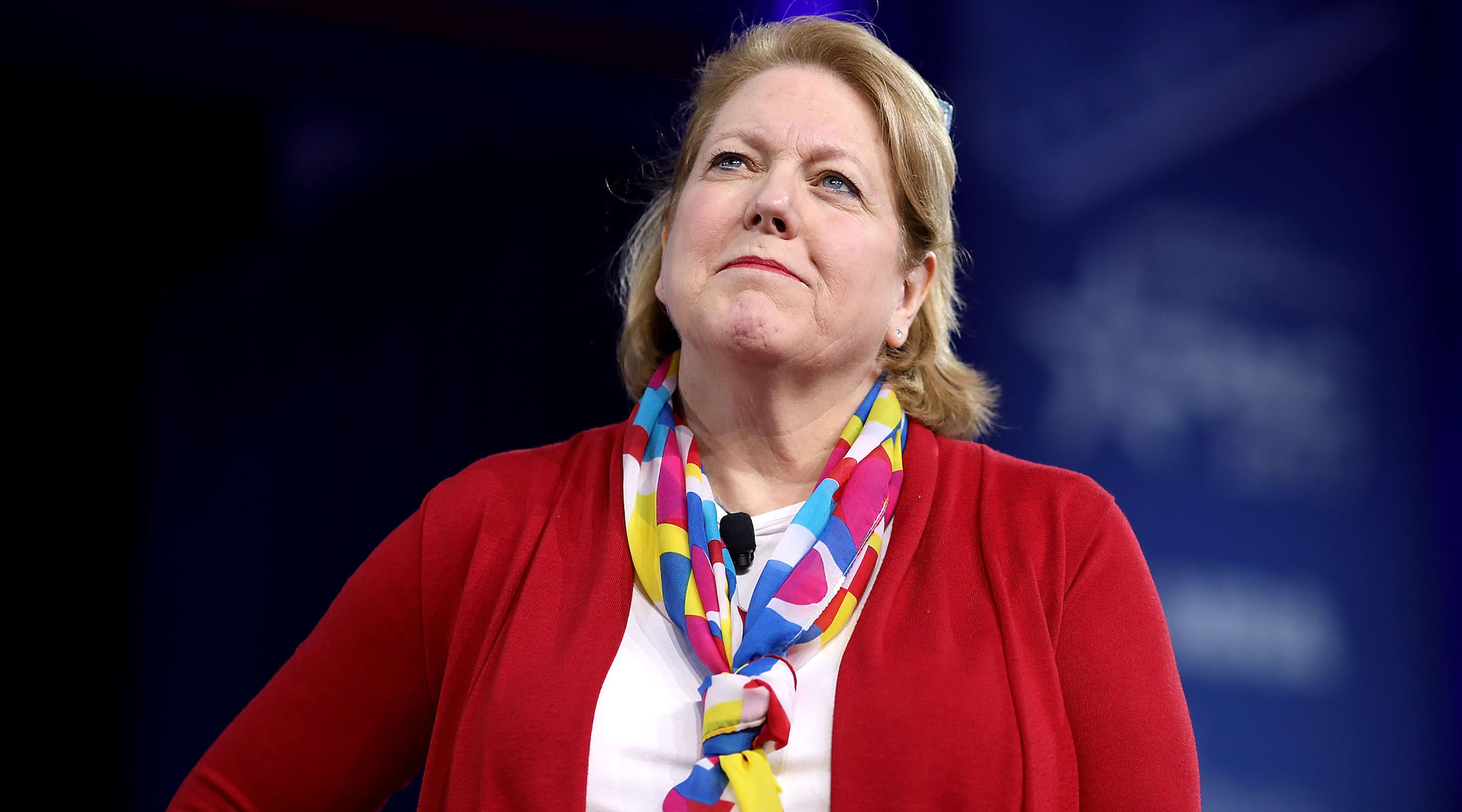 Ginni Thomas shared a meme on Facebook Wednesday claiming that Soros’ family is “evil” and “really running” the Democratic party.

The meme, first posted by a right-wing page called “The Great American Movement,” shows a compilation of photos of Democratic figures posing with children of Soros, the Jewish-American hedge-funder and Democratic megadonor. The Democrats include Sen. Kamala Harris, the vice presidential nominee; Speaker of the House Nancy Pelosi; and Hillary Clinton, the 2016 presidential nominee.

A caption reads, “Who is really running the Democrat Party? …The Soros family. The original post also says, “George Soros is training his family to carry on his evil legacy…”

Soros has become the leading avatar of right-wing conspiracy theories that veer into anti-Semitism. Republican officials and activists, as well as far-right extremists and conspiracy theorists, regularly assert with scant or no evidence that he is secretly funding, or in control of, a broad array of liberal causes, or otherwise out to undermine the United States government. He is among the top funders of Democratic candidates, but is not the largest giver.

The idea that rich Jews are conspiring to secretly control world leaders is an age-old anti-Semitic stereotype.

Thomas has a history of sharing falsehoods from The Great American Movement Facebook page. In the past, she has shared false posts from the page accusing Democrats of committing voter fraud, calling California a “war zone” and claiming that Barack Obama wiretapped the Trump campaign.

This year, following repeated calls from civil rights activists, Facebook is aiming to crack down on anti-Semitic content. It has announced that it will ban posts about Jews controlling the world; pages promoting the anti-Semitic QAnon conspiracy theory; and posts denying or distorting the Holocaust.