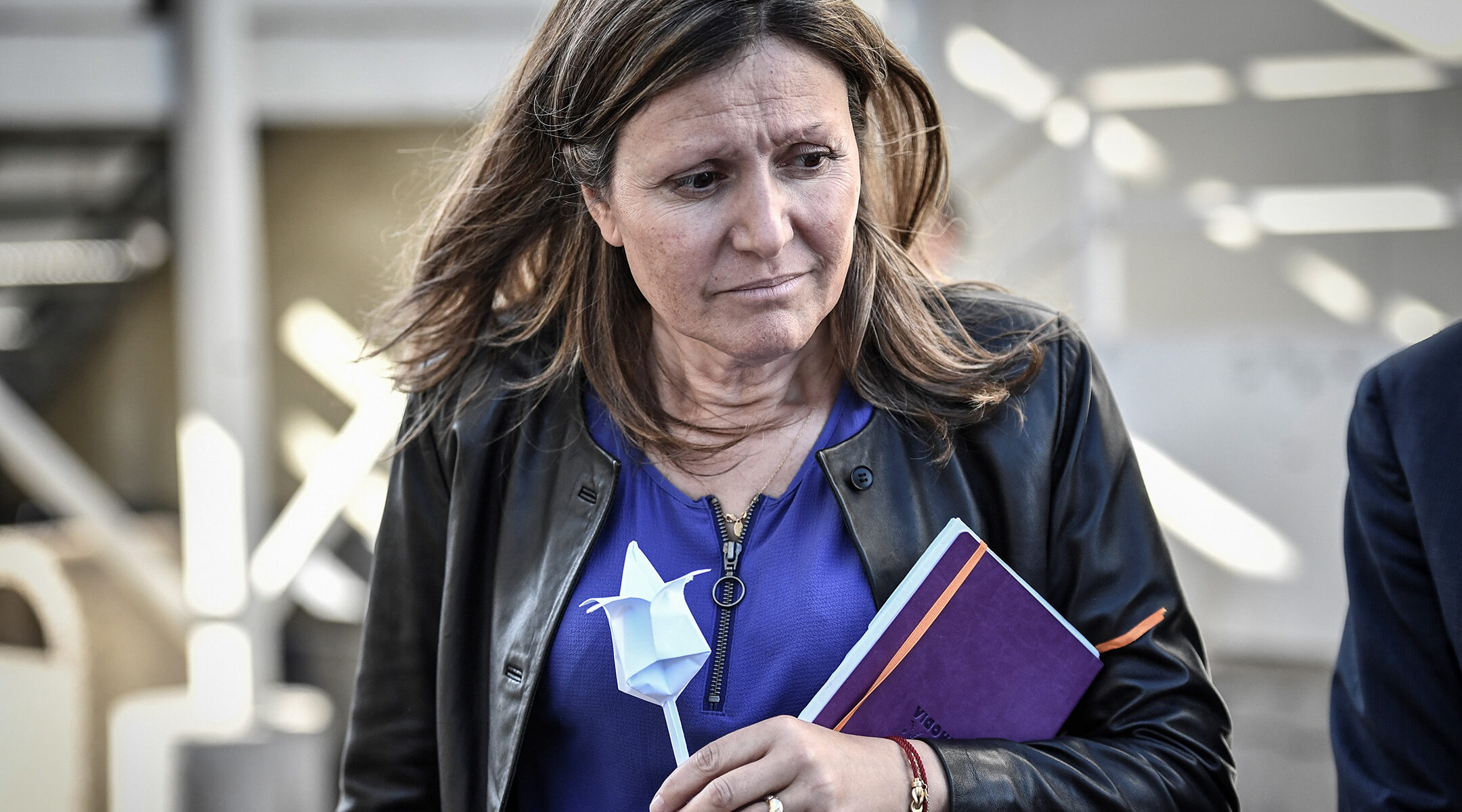 (JTA) — In a spate of anti-Semitic incidents in Western Europe, a swastika was carved into the door of a Swiss synagogue and a Jewish lawmaker in France received hate mail telling her to “get ready for the camps.”

Yaël Braun-Pivet, a Jewish lawmaker of the LREM centrist party of President Emmanuel Macron, on Thursday shared on Twitter an anti-Semitic hate mail that she received in her private email.

In addition to referencing death camps, the author wrote “This time, it’s the Muslims who will deal with you.” Also, “Jews can no longer come into some neighborhoods. Within two generations it will be whole cities. Demography determines laws.”

In the Switzerland incident, the members of the Jewish Community of Biel on Thursday found the words “Sieg Heil” and “Jews pack” etched onto the door of their synagogue alongside the swastika. Police are searching for suspects, the Swiss Federation of Jewish Communities wrote in a statement.

Earlier this month, pig meat was left at two other synagogues in Switzerland.

Separately, the words “Hitler force” were scrawled with a black marker on the car of a Jewish family in Milan, Italy, earlier this week.