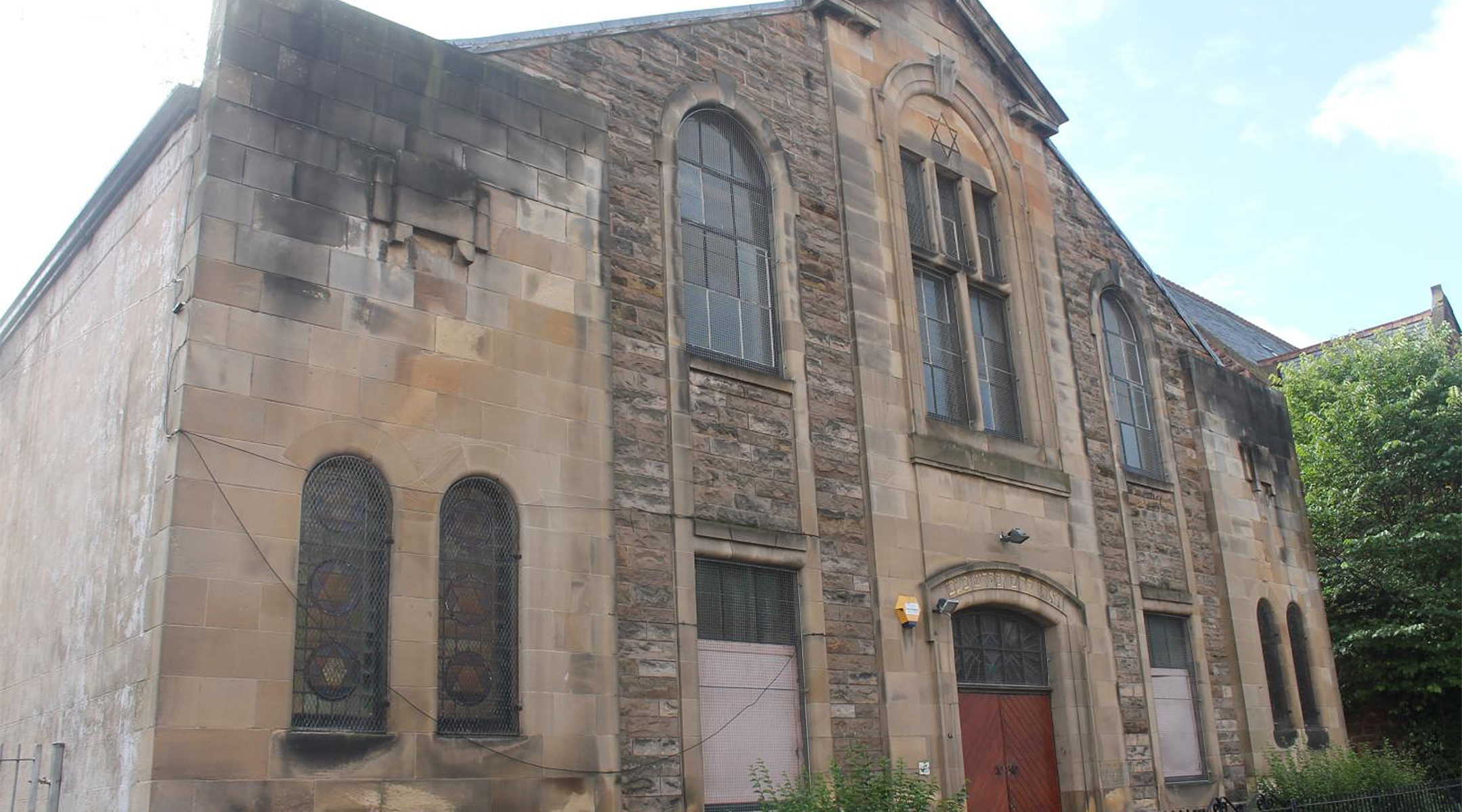 The building that used to house the Langside Synagogue in Glasgow, Scotland, pictured in 2017. (Courtesy of Michael Mail/The Foundation for Jewish Heritage)
Advertisement

(JTA) — A historic synagogue in Scotland that closed six years ago due to a dwindling Jewish community and has been eyed by developers has been listed as a protected building.

Langside Synagogue in Glasgow was built in 1927 and is one of only two Eastern European-style synagogues in the United Kingdom, the BBC reported.

There has been discussion recently about reopening the building to serve a new Jewish community growing in the area, according to the report.

More than 840 groups and individuals supported the proposal to protect the building.

As a protected building, developers would be required to take into account the building’s “special architectural or historic interest.”

The interior of the building includes decorative details, woodcarving and wall painting in a folk-art style that was similar to synagogues in Poland, Ukraine and Romania, the BBC reported, citing the South Glasgow Heritage Environment Trust.

In December, a Jewish collective based in Scotland in the north of the United Kingdom that represents multiple Liberal denominations and has many queer members petitioned the private owners of the synagogue building to reopen it to worship. An open letter to the synagogue owners asking for it to be reopened had more than 800 signatures.